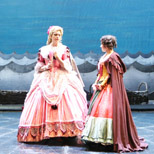 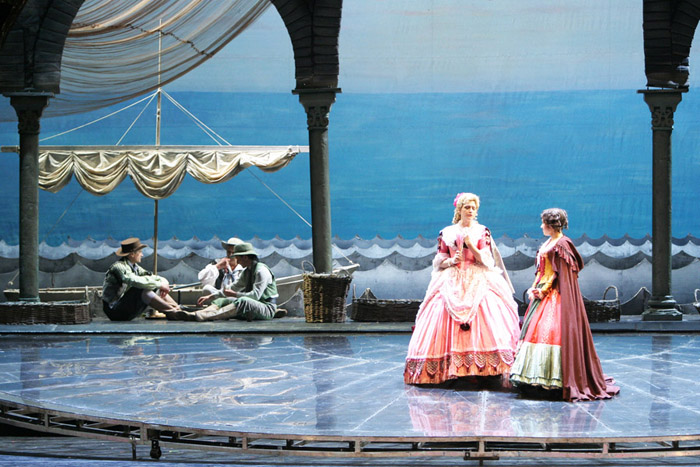 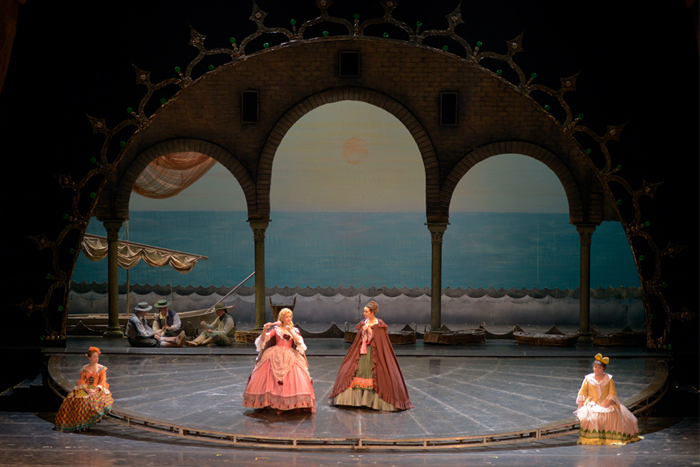 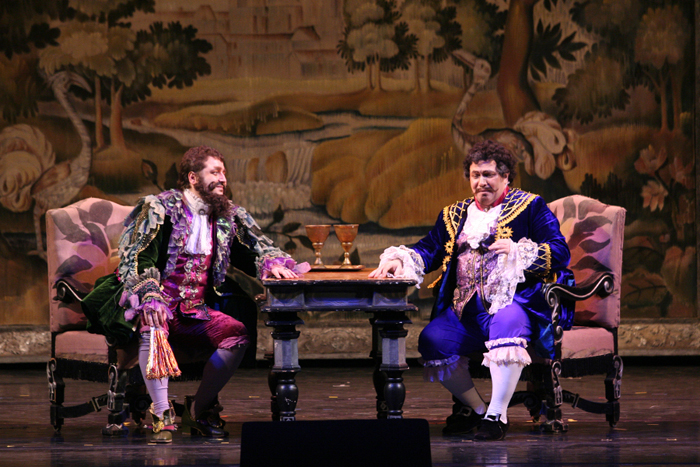 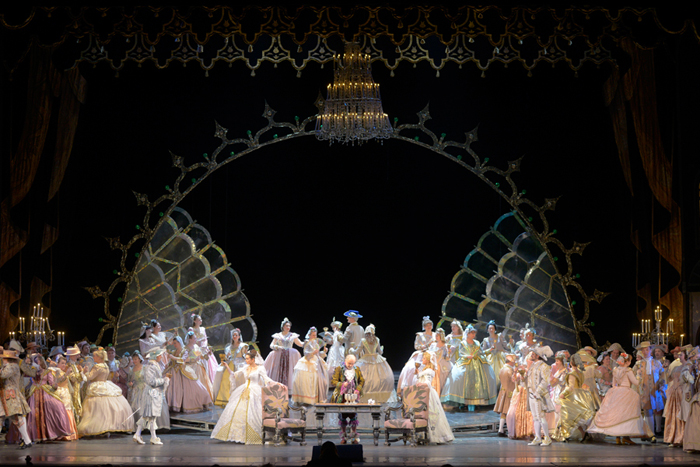 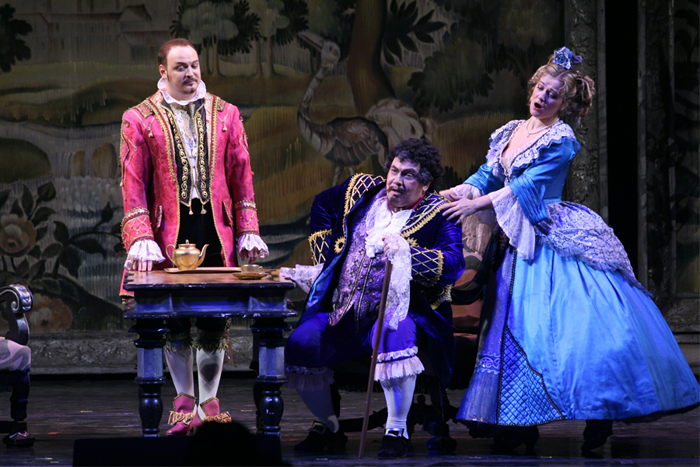 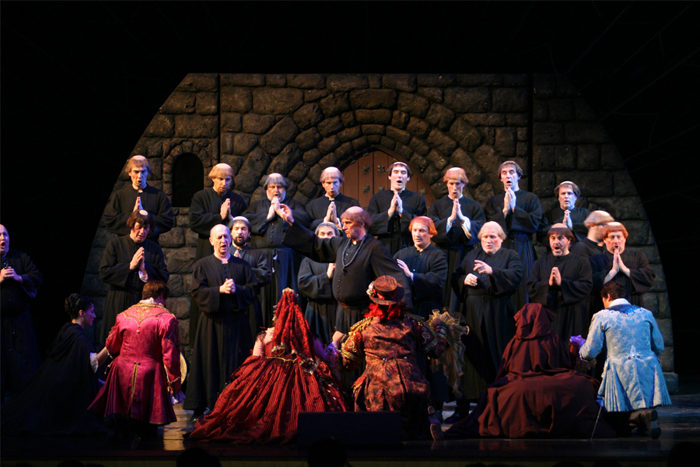 Act I
In 18th-century Seville Don Jerome arranges to marry his daughter Louisa to Mendoza, an ugly but very rich old fish merchant who has not seen the girl but is enthusiastic. He hears the penniless Antonio serenading Louisa and vows that the wedding must take place soon.

Act II
Louise’s duenna hatches a plan that will allow Louisa to marry Antonio and herself to snare Mendoza and his money: Don Jerome must believe that the duenna is acting as a go-between for the lovers; he will then dismiss her but Louisa will put on the duenna’s clothes, escape and elope with Antonio. The duenna, disguised as Louisa, will marry Mendoza instead. Having escaped, Louisa comes across her friend Clara who, feigning distress at her lover’s over-ardent behavior (her lover is Louisa’s brother Ferdinand), has decided to take refuge in a monastery. Disguised, this time as Clara, Louisa enlists Mendoza’s help in finding Antonio – the merchant is only too pleased to divert his rival’s attentions away from Louisa (as he thinks). At Don Jerome’s house Mendoza meets ‘Louisa’ (the duenna); he is won over by her flattery and the couple plan to elope.

Act III
Antonio meets the real Louisa and Mendoza, still ignorant of her identity, smiles on young love. Don Jerome, interrupted in his amateur music making, unwittingly blesses the separate marriages of Louisa and Mendoza. At the concert Clara pines for Ferdinand.

Act IV
A visit from Mendoza and Antonio interrupts the joyous feasting of the monks at the monastery. Ferdinand also arrives and, believing that Antonio is about to marry Clara, stars a fight. Confusions are resolved and the monks bless all three marriages. At the wedding ball planned for Louisa, Don Jerome learns of the turn of events and is eventually reconciled to them; his daughter has married a pauper, but Ferdinand has married an heiress.