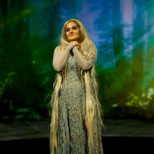 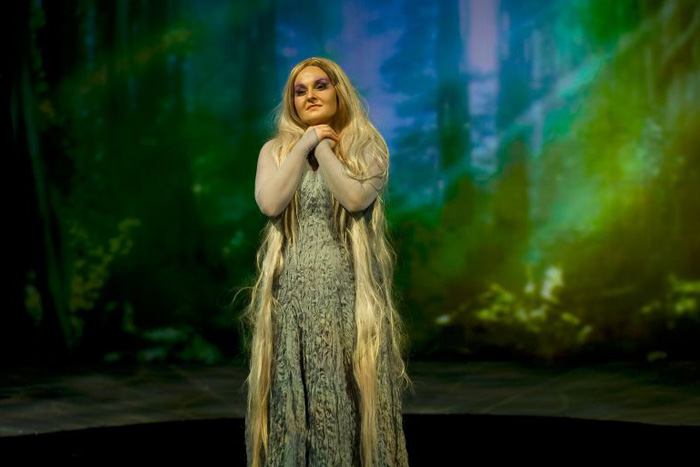 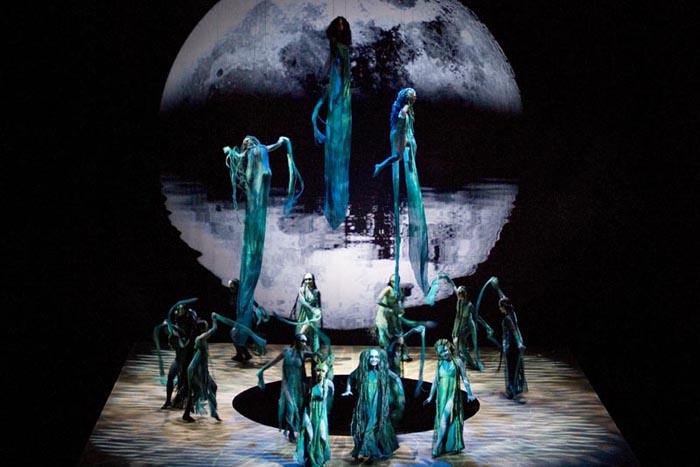 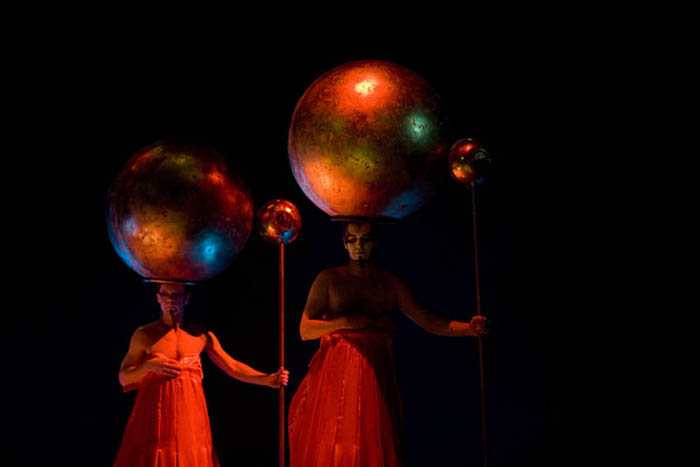 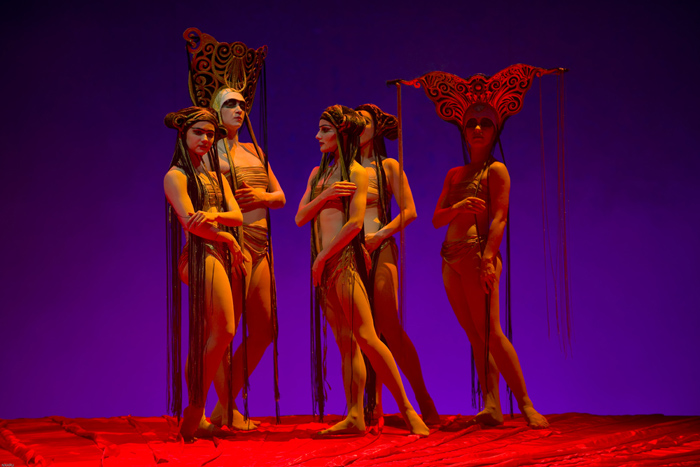 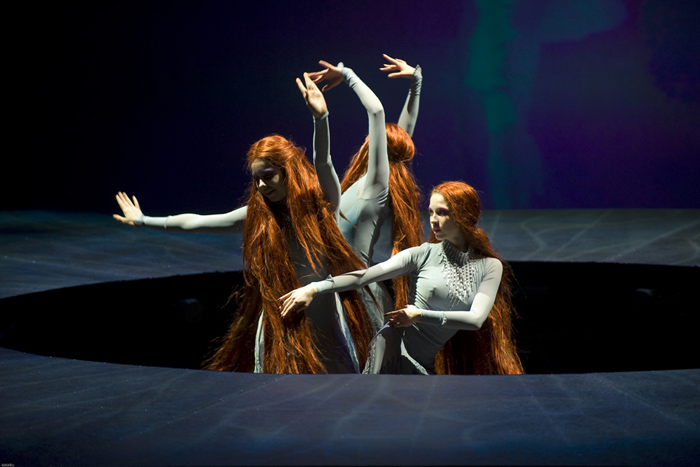 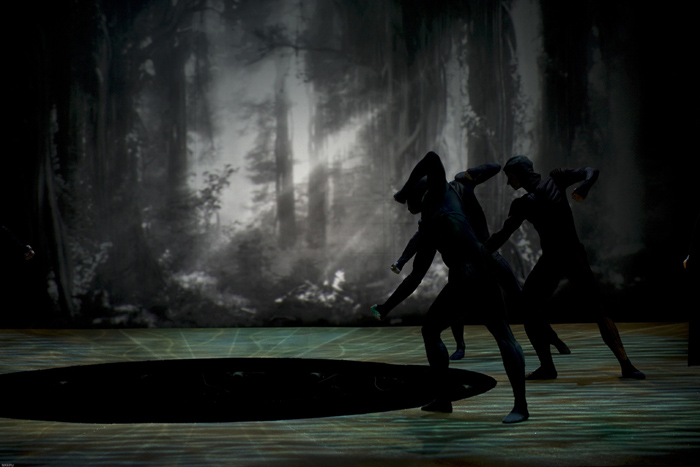 Rusalka is an example of elevated musical culture in which beautiful melodies, possessed of Slavic poetics and lyricism, are developed within a strict classical framework

Premiere at the Mikhailovsky Theatre: October 30, 2009

Antonín Dvořák is the greatest Czech composer of the nineteenth century. His style stands out in its melodies, its inventive rhythms often rooted in folklore, and in his colourful orchestral compositions. In the winter of 1899–1900, Dvořák started looking for a libretto to bring into a new composition. He settled on Czech poet, dramatist, and theatre director Jaroslav Kvapil’s recently finished libretto of Rusalka, a deeply touching story of an all-conquering love that does not retreat in the face of suffering or even death. The composer gave his new opera, completed in November 1900, the subtitle ‘A Lyric Fairy Tale’, outlining very precisely the parameters of his genre.

The Mikhailovsky Theatre’s production of Antonín Dvořák’s Rusalka is staged by director Igor Konyayev. The spectacular, poetic, action-packed production describes the love story between water nymph Rusalka and the Prince, who, finding themselves at the crossroads between ordinary human life and a mythical world, come up against a series of grave trials. Though the opera is filled with characters like Vodnik the water spirit, Ježibaba the witch, and other mythical lake- and forest-dwellers, this is not a children’s fairy tale, but a very serious, grown-up story of doomed love, betrayal, revenge, and mercy.

A spring night. Wood-Spirits awake. Wood-Nymphs arrive. They make merry and play around the lake. Wood-Nymphs try to wake the Water-Sprite up. He wakes up and starts playing with them. Wood-Nymphs disperse. A sad Rusalka arrives. She asks the Water-Sprite to talk to her. She wants to become human — to have a human soul, radiating light when the person has died. She has seen the Prince at the lake and is longing to be hugged by him. Since she saw him, she has had no peace. The Water-Sprite feels sorry for her but he has no remedy for love. He sends Rusalka to Ježibaba and despairingly, disappears.

Rusalka is alone. The moon comes out from behind the cloud. Rusalka addresses the moon, begging it to tell the Prince of her love. The moon doesn’t listen and disappears. Rusalka calls for Ježibaba. The witch appears. She can’t hear or see Rusalka. Ježibaba invites Rusalka to leave the lake. Rusalka can’t do that — she’s wrapped with seaweed and water lilies. Ježibaba conjures and assists Rusalka get onto her feet. Rusalka gets out of the lake and begs the witch to help her.

Ježibaba asks for a pearl necklace as a payment. Rusalka promises to give the witch everything she has, provided Ježibaba helped her to become human. Ježibaba agrees but asks for Rusalka’s attire. The witch warns Rusalka that by becoming mortal, she will lose her power of speech. The most dreadful thing is, however, that if she becomes human and is betrayed by her lover, both she and he will be eternally damned: Rusalka won’t be able to come back to her sisters and the Prince will die. Rusalka isn’t afraid of the damnation; she’s ready to destroy the sorcery. Ježibaba helps Rusalka and turns her onto a mute girl.

In the meantime, in the forest the Prince appears followed by a party of hunters. They have been pursuing a doe. The Gamekeeper sings a song about the White Doe. The Prince is attracted by the lake, he sends his hunters away, hoping to be alone with his thoughts. Suddenly Rusalka appears as a mute girl. Prince is stunned with her beauty. He asks for a sign that she likes him. Rusalka embraces the Prince, but she hears a summons of her Rusalka friends and wishes to return to the lake. The Prince takes Rusalka to his castle.

The damnation of Ježibaba has come to its power. Now Rusalka belongs to evil powers and can’t join her friends. She’s doomed to bring death to people. Rusalka is alone. She feels sad. Ježibaba arrives. Rusalka asks for help. Ježibaba suggests revenge: Rusalka could kill the Prince and thus get rid of the damnation. Rusalka is horrified. She loves the Prince and wants him to live. Ježibaba laughs at the weak Rusalka and disappears.

Rusalka tries to approach her Rusalka sisters, but they run from her. Rusalka sadly vanishes into the lake. Careless Wood-Nymphs arrive, they want to play and call for the Water-Sprite. He appears but drives the Nymphs away: he can’t play, he feels sorry for Rusalka — she’s doomed to be alone. Sad Wood-Spirits run away. The Prince emerges. He’s cursed. He’s looking for Rusalka. Rusalka rises from the depths of the lake. The Prince begs Rusalka's forgiveness and asks her to kiss him. Her kiss means death, she says, but the Prince is ready die in her embraces. She embraces and kisses him. The Prince dies. Rusalka tells him of his love and begs God to forgive all the sins of the deceased Prince.