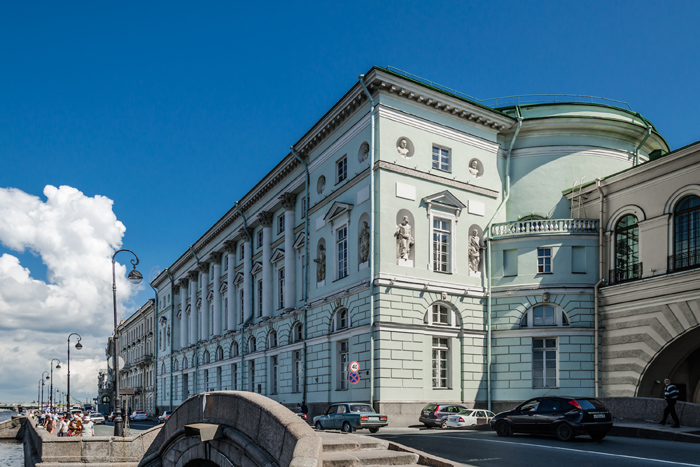 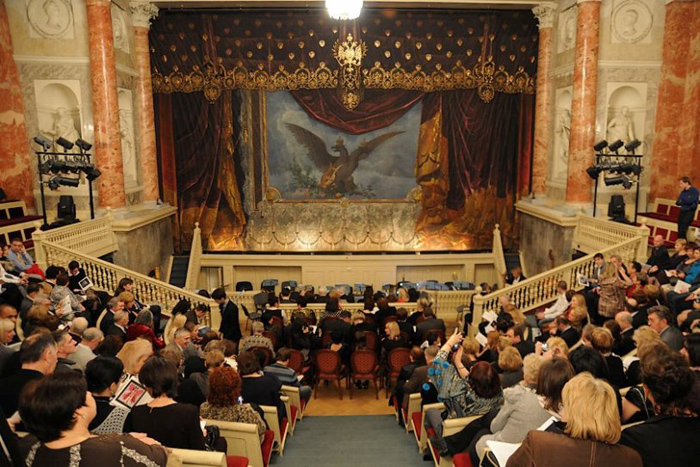 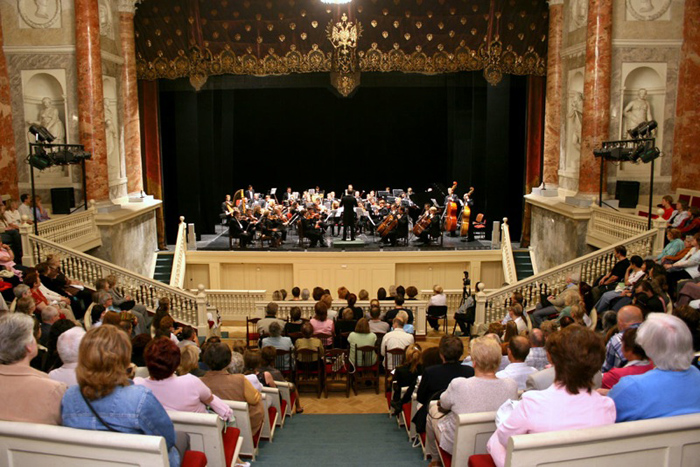 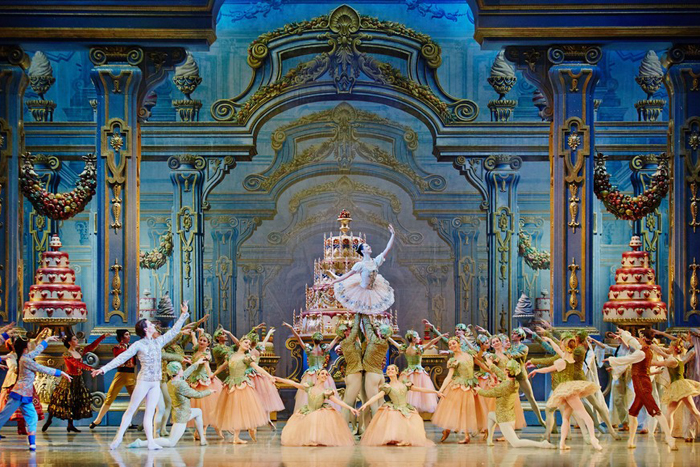 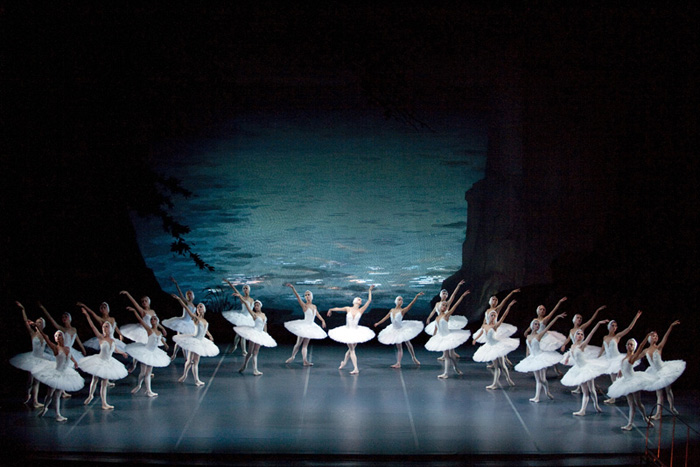 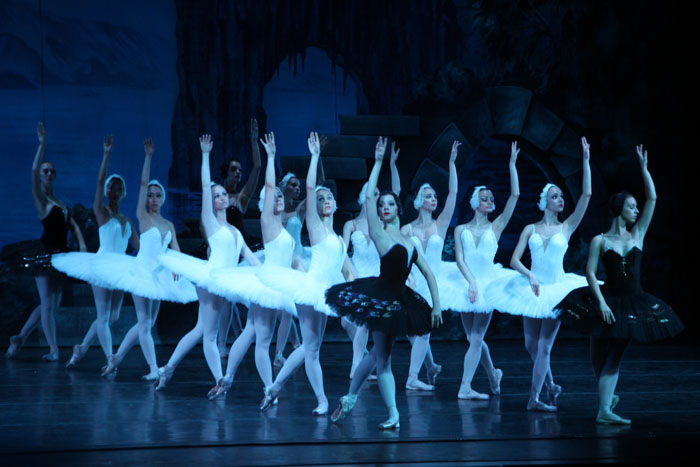 The Hermitage Theatre is one of the oldest theatres in Saint Petersburg. It’s a small, chamber theatre created in the middle of the XVIII century by an Italian architect Giacomo Quarenghi. Entering the auditorium hall you can imagine a lot of people in luxury dresses round you, ladies with huge wigs and the whole atmosphere makes you feel yourself like in empire epoch. The Hermitage Theatre is full of history. 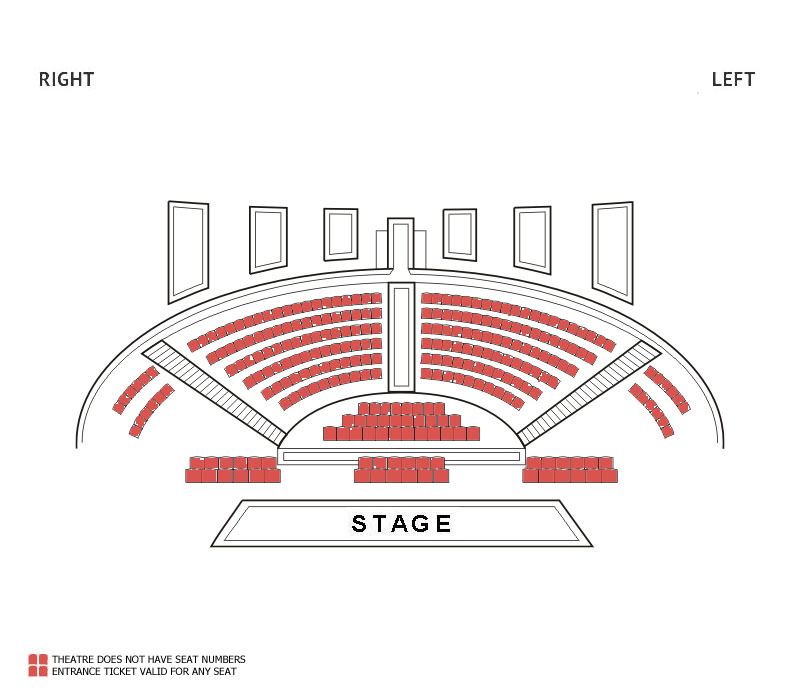 This small, intricately decorated theatre is the oldest part of the Hermitage. It was once Catherine the Great’s private theatre, and it’s now used for ballet and concert performances.

In 1783 the empress Catherine the Great ordered to rebuild the Peter I’s Winter Palace to a court theatre. It was inaugurated on November 16, 1785 and the first comic opera that was played there was called “The miller, magician, liar and affiancer”. It was acted by Russian troupe and by personally invited by Catherine the Great Italian, French and German artists. After the revolution the Theatre was headed by Meyerhold, but soon it was closed. Only in 1980 the restoration had started and in 1991 the Hermitage Theatre opened its doors to a wide public. Less than in ten years the Theatre became one of the most popular theatres in Saint Petersburg.

The Hermitage Theatre is a part of the Hermitage complex. The Italian master Kvarengui created the marvelous classical green building which is located in one row with The Winter palace, The Small and the Great Hermitage on the bank of Neva river. The auditorium hall was made with a perfect acoustics, the performance that takes place on the wide stage is perfectly seen from every corner of the hall, so the guests don’t need to use binoculars. The hall looks like the antique amphitheatre with two side stairs and the central one. The benches are covered with red velvet, the walls are decorated with marble semi-columns and statues, and a magnificent bronze lamp appears in the center of the ceiling.

A lot of famous names are concerned with the Theatre: an Italian composer Domenico Chimarosa, the decorator Pietro Gonzaga, a dancer Gertrude Rossi. Then after the revolution Benua, Somov, Golovin, Bakst worked there. The festival “The Paganini’s violin in Hermitage” took place in this Theatre, then another festival “The return of the legend” dedicated to the 100 anniversary of Finnish composer Sibelius. In 1995 Rostropovich played there his famous program “The World Symphony”. A lot of premieres were shown there like “Boris Godunov” by Mussorgsky and “Salomea” by Straus. Nowadays on the stage of the Hermitage theatre you can enjoy the performances acted by the troupes of Mariinsky, the Alexandrinsky Theatres, the Saint Petersburg Opera and The Theatre of Musical Comedy. The stars of Russian Opera and Classic Ballet play there.

The Hermitage Theatre is located on Palace embankment, next to the Great Hermitage. It’s only 5 minutes walk from Nevsky prospect, so you can enjoy walking along the streets of beautiful city or use the underground (stations Admiralteyskaya, Nevsky prospect). If your hotel is situated far away from the city center you can go by taxi. Beside we’ll gladly organize a transfer for you from the hotel or your cruise ship.

The place is worth visiting every time of the year. Generally the time May-July is considered the most romantic and nicest time for visiting theatres because apart from the precious performance you can enjoy wonderful White Nights of Saint Petersburg!