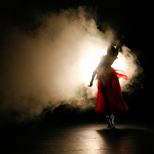 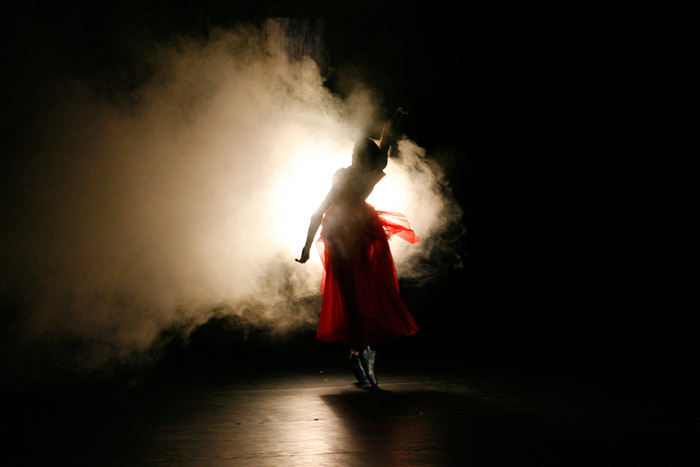 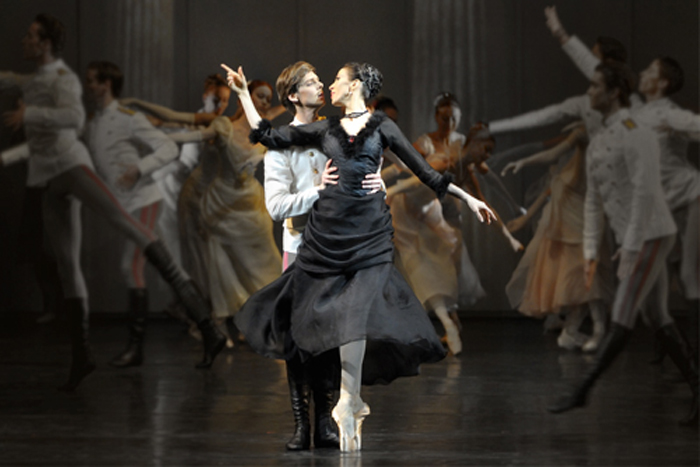 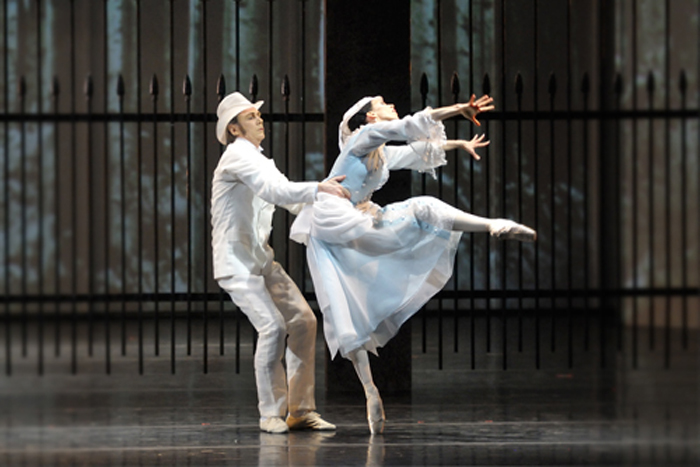 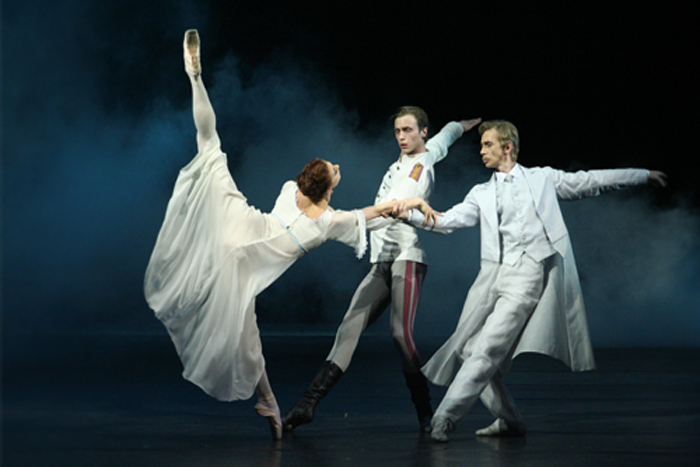 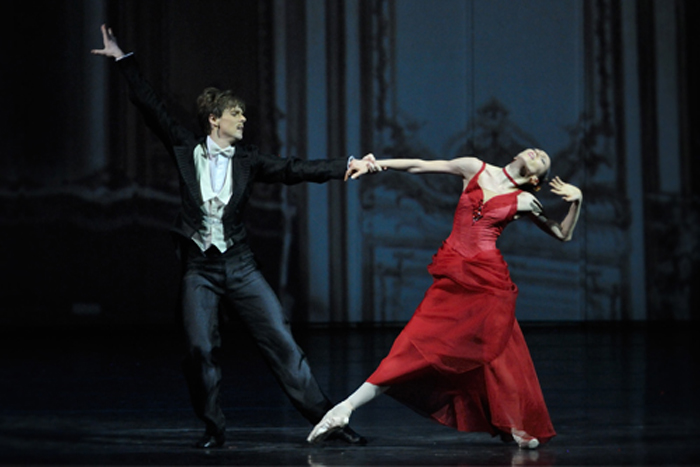 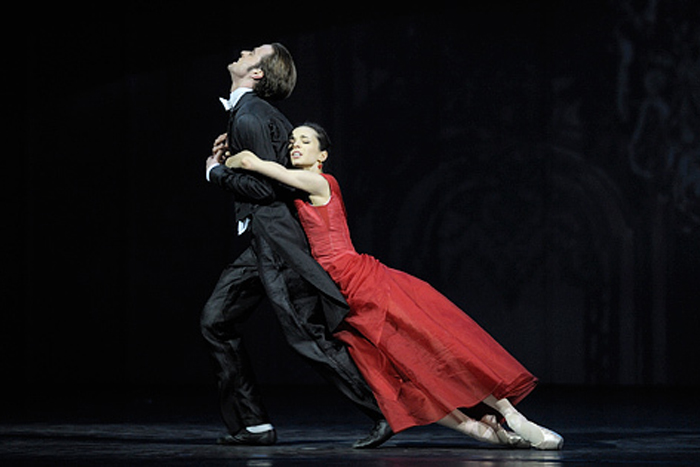 Prologue
Vronsky is at a railway station where there has been an accident. Looking at Anna’s dead body, he now understands that his life has lost all meaning.

Act I
Anna Karenina arrives in Moscow to visit her brother Steve’s family. On the train she meets the Countess Vronskaya, Alexei’s mother.
Anna and Vronsky are introduced. By chance they are witnesses to an accident: the train crushes someone to death.
At Prince Shcherbatsky’s house Levin proposes to Kitty, but she rejects him because she is in love with Vronsky.
At the ball, Anna dances with Vronsky the entire evening, and he is unable to hide his admiration for the young woman. Kitty is in despair: she was expecting Vronsky to propose marriage and give her his heart.
Anna returns to St Petersburg. She is troubled by thoughts about Vronsky and she wishes to depart as soon as possible in order never to see him again.
But Vronsky climbs aboard the same train. At Bologoe station, Alexei declares his love to Anna.
At the station in St Petersburg Anna is met by her husband – Alexei Karenin. Seeing her dearly beloved son returns Anna to her normal routine.
At Princess Betsy Tverskaya’s salon, Anna meets Vronsky once again. His advances become increasingly insistent. Anna accepts them.
Karenin is puzzled at Anna’s behaviour and asks her not to take any unconsidered steps and not to break the well-known laws of morality which cannot go unpunished, but Anna makes as if she does not understand her husband’s warnings.
Left alone, Vronsky thinks of Anna incessantly. In a dream he sees the man crushed at the railway station, and this is followed by a succession of visions in which Anna appears.
Anna comes to see Vronsky…

Act II
All of St Petersburg society has assembled at the racecourse in Krasnoe Selo. At the races Anna’s eyes remain glued on Vronsky. All of a sudden Vronsky’s horse falls.
Anna cannot control her emotions. She admits that she loves Vronsky to Karenin. Karenin demands that Anna leave the races with him.
Karenin doesn’t like society gossiping and chattering and insists that outer appearances are kept up.
Anna is seriously ill. On the verge of death she asks her husband’s forgiveness and he promises to forget her betrayal. However, on recovering from her illness Anna learns from Betsy Tverskaya that Vronsky tried to commit suicide. She leaves her husband and son and departs for Italy with Vronsky.
Anna misses her son and returns to Russia. She secretly gains admission to Karenin’s house to see Seryozha, but her husband drives her out.
Anna’s despair at being separated from her son and the humiliation she feels when she goes to the opera have broken her heart. The social circle in which Vronsky stands is closed to her. Tormented by loneliness and jealousy Anna sees no other solution than killing herself. She throws herself under a train.