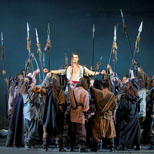 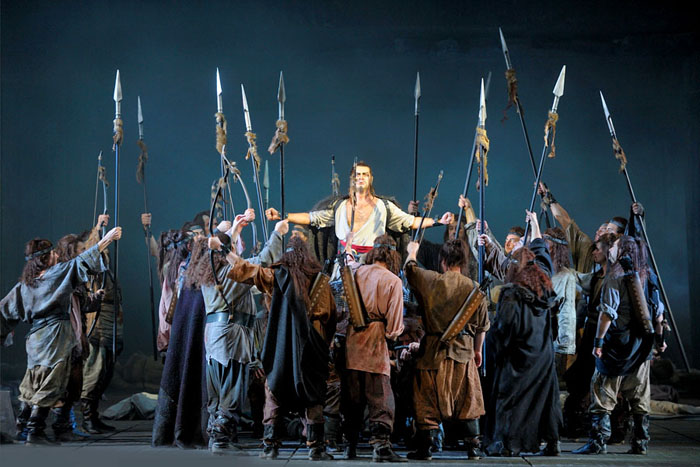 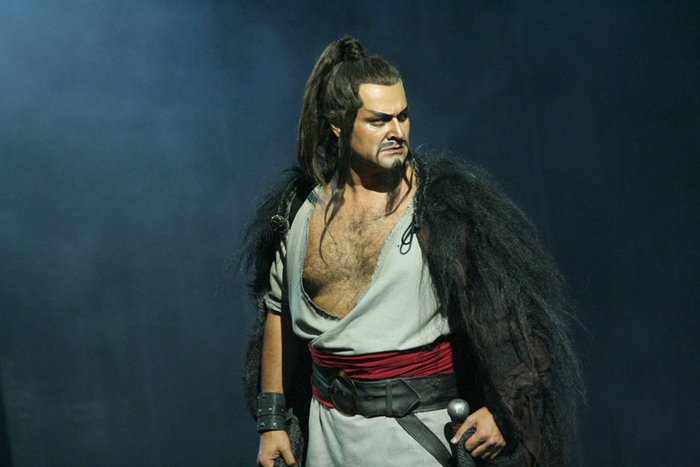 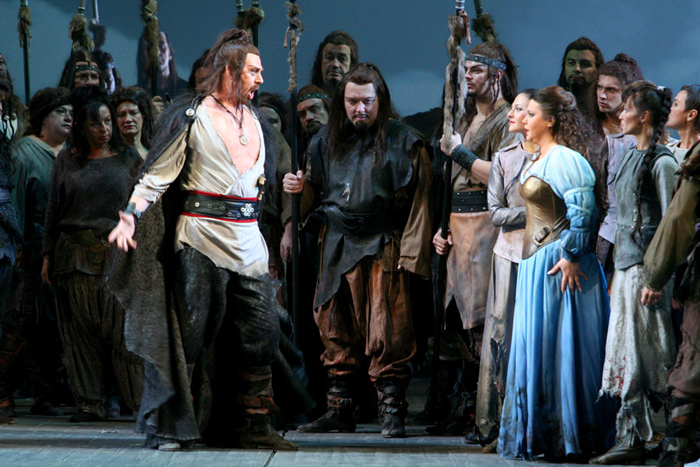 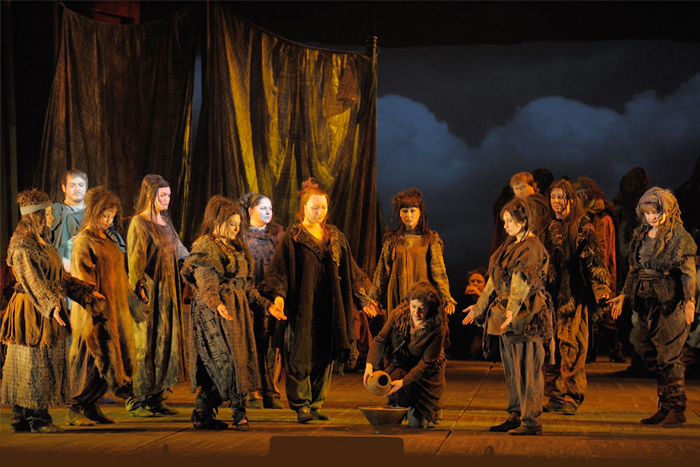 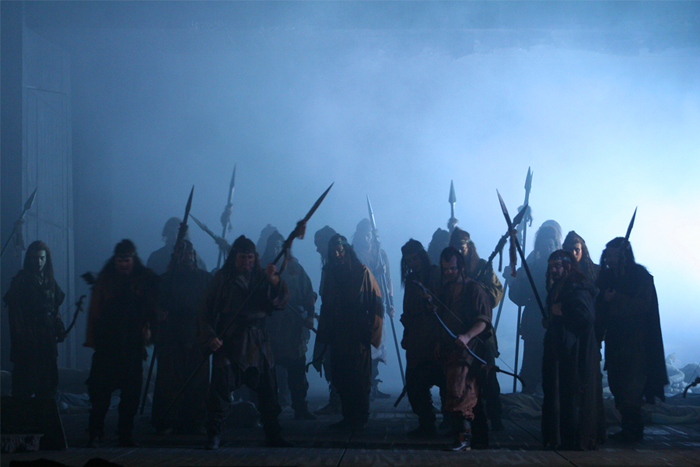 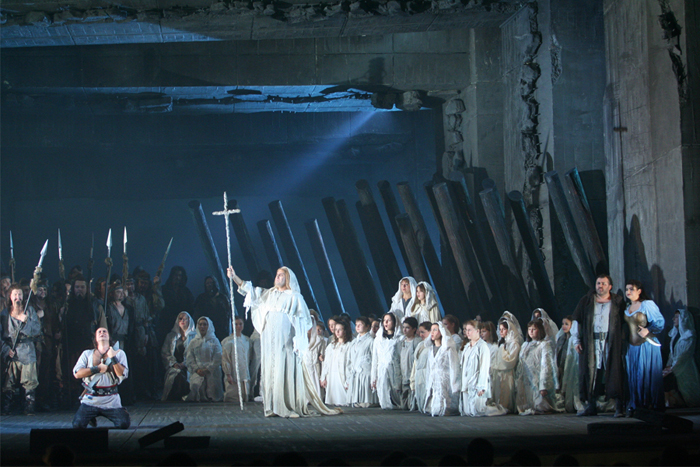 Aquileia and the Adriatic lagoons and the environs of Rome, circa mid 5th century.

Prologue
As Attila and his warriors have triumphed over Italy, Attila’s prisoners include Odabella, the daughter of the ruler of Aquileia who fell on the battlefield. Odabella creates a great impression on Attila. He presents her with his sword and takes her into his entourage. Ezio, a Roman general, comes to parley with Attila, but the latter rejects his proposal. Meanwhile Foresto, Odabella’s betrothed, arrives at Rio-Alto and urges the refugees from Aquileia to build a new city – Venice.

Act I
Meeting Foresto, Odabella convinces him that she has not betrayed the Italian cause. She was merely awaiting an opportunity to settle accounts with the tyrant and kill him. Meanwhile, Attila is trying to shake off the memory of a nightmare he had the previous night: an imposing old man barred the Huns’ road to Rome. But his courage fails when the nightmare becomes a reality. Pope Leo enters the camp to prevent Attila’s advance on Rome. Attila recognises in him the old man from his dreams.

Act II
Foresto and Ezio, a guest at one of Attila’s banquets, lay plans for the defeat of the Huns. Foresto reveals that tonight the Huns’ leader is to be poisoned – the Roman warriors must be at the ready to attack the enemy camp at any moment. Sinister omens darken the atmosphere at the feast, and the king is only saved from being poisoned by Odabella’s intervention: unwilling to cede the right to revenge to anyone else, she warns Attila of the attempt on his life.
Attila declares that she shall be his bride the next day and then he will lead his warriors to Rome. Taking advantage of the general rejoicing, the girl urges Foresto, who has tried to poison Attila, to flee.

Act III
During the wedding ceremony, the Romans surround the Huns’ camp and, when they attack, Odabella stabs Attila.