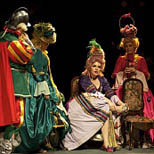 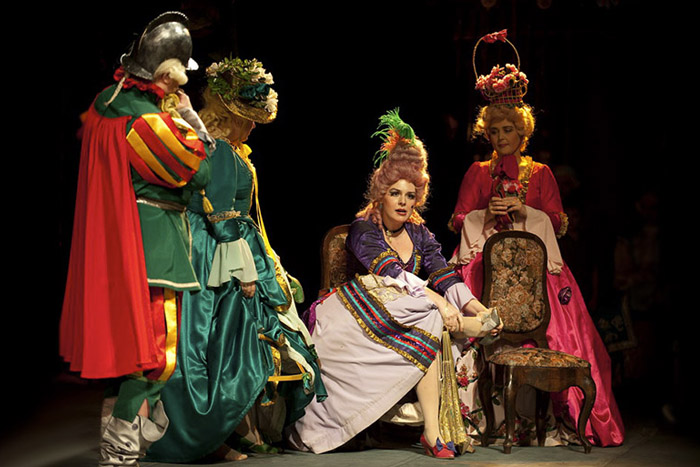 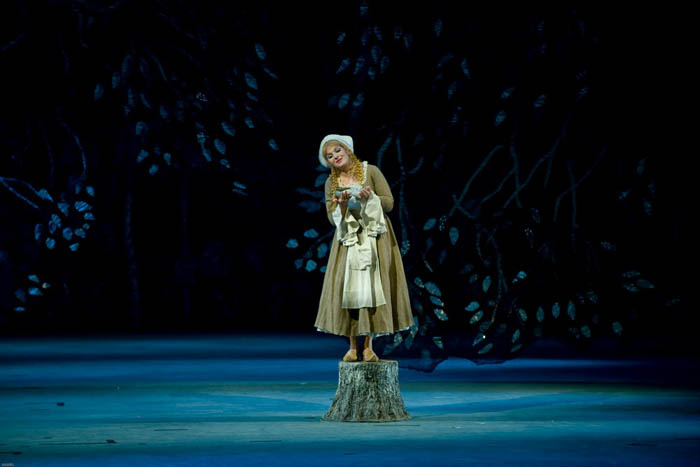 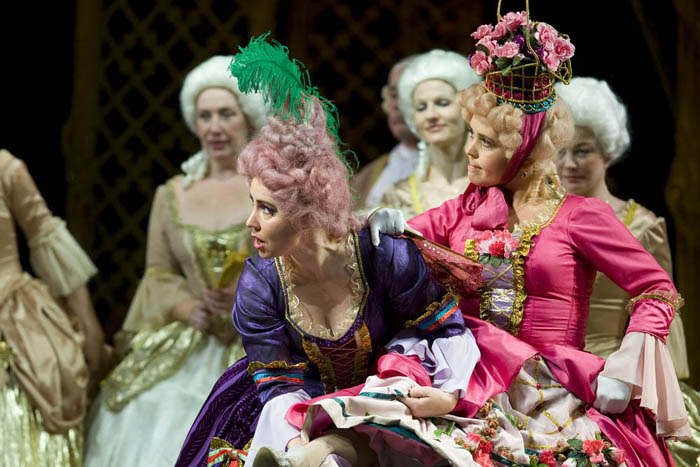 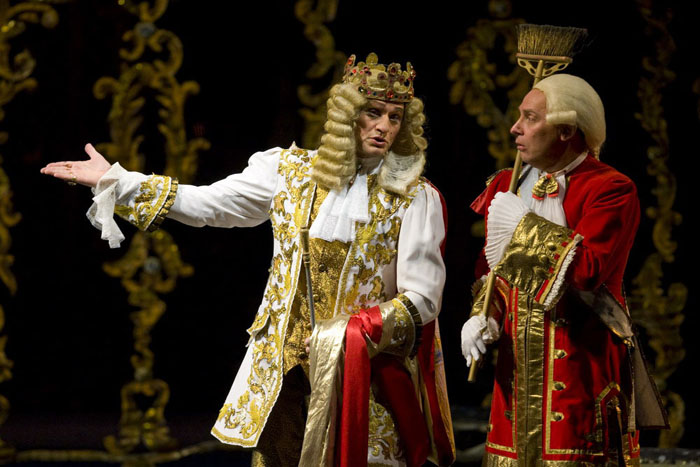 The opera Cinderella a was composed in 1906 by the professor of the Leningrad Conservatory Boris Asafiev especially for children. He wanted the young audience to start their acquaintance with the serious genre of opera with the popular fairytale by Charles Perrault. The story teaches the children that the honest and kind people always do well, good will always triumph, and the crystal shoe will fit the right person.

Based on the story by the French writer and the screen play by the Russian storyteller Evgeny Schwarz, stage director Olga Mukhortova created a bright and festive performance, which is sure to be popular with the little ones.

Cinderella’s god mother, a Fairy, brings her to the fairy wood. The Fairy wants to reward Cinderella for her kindness and patience. She turns Cinderella’s old dress into a wonderful ball gown, makes a carriage from a pumpkin and gives Cinderella magic shoes.
Cinderella’s dream has come true — she’s going to the ball. The only thing is that she must leave the palace at midnight, at the time when the magic things will lose its power.

The ball at the palace. The King greets his guests. Cinderella arrives. Everybody is enchanted by the unknown beauty. The Prince falls in love with her. The Kind Magician sends them together to a magic country. The Prince tells Cinderella of his love.
The clock is striking midnight. Cinderella runs away leaving a shoe in a hurry. The Kings suggests that they should find her using the shoe: if the shoe fits a girl, the girl will become the Prince’s fiancée. The corporal and soldiers hurry to execute the order.

Cinderella is going sticking in the wood. She recollects meeting the Prince. The Prince who is looking for his beloved appears in the wood. Cinderella hides from him.

Cinderella’s stepmother and stepsisters dream of the future wedding. The woman is sure that the Prince will marry one of her daughters.
The corporal appears. He announces the King’s order. Anna and Marianna try the shoe on but it doesn’t fit. Stepmother begs Cinderella to help Anna and with Cinderella’s help the shoe fits.

Everybody in the palace is waiting for the Prince’s fiancée. When triumphant stepmother brings Anna to the palace the King is at a loss. Marquis Pasdetrois invites everybody to dance. While Anna is dancing the shoe slips off her foot.
Suddenly the Fairy and Cinderella arrive. The King recognizes the mysterious guest who enchanted everybody in the palace. Cinderella’s stepmother and sisters laugh at her but Marquis Pasdetrois puts the shoe on Cinderella’s foot and her dress transforms into a marvelous ball gown.
The Kind Magician brings the Prince back from faraway where he tried to find Cinderella. At last the Prince and Cinderella are together.