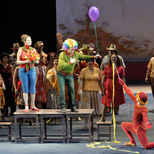 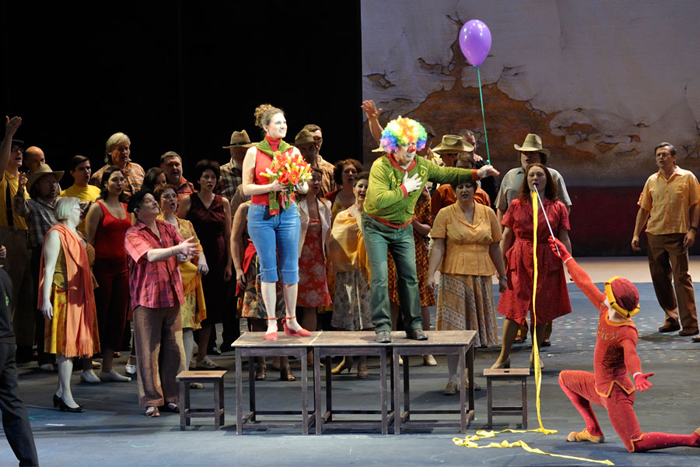 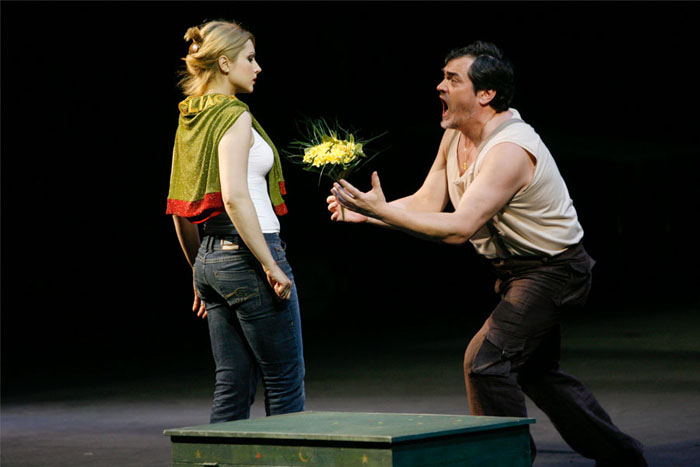 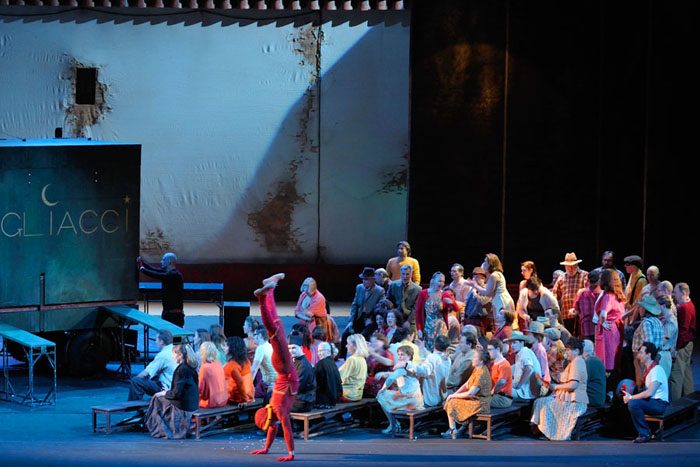 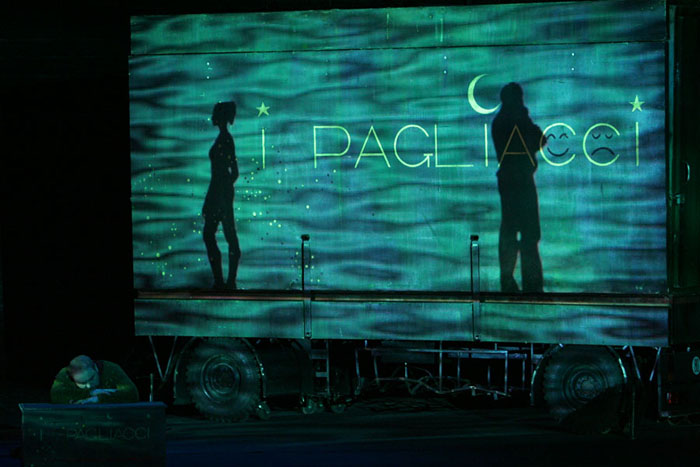 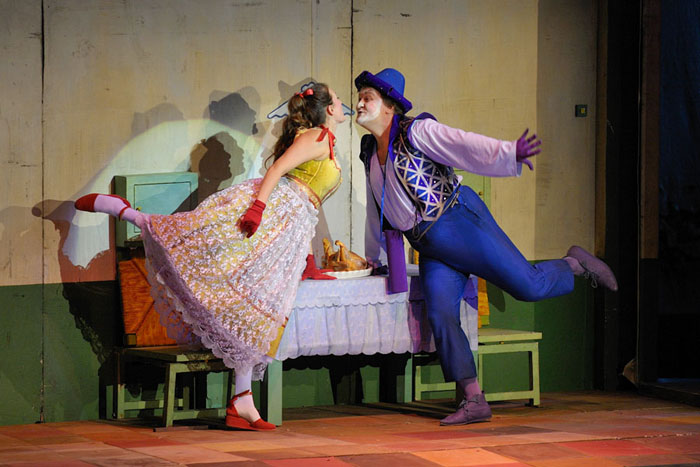 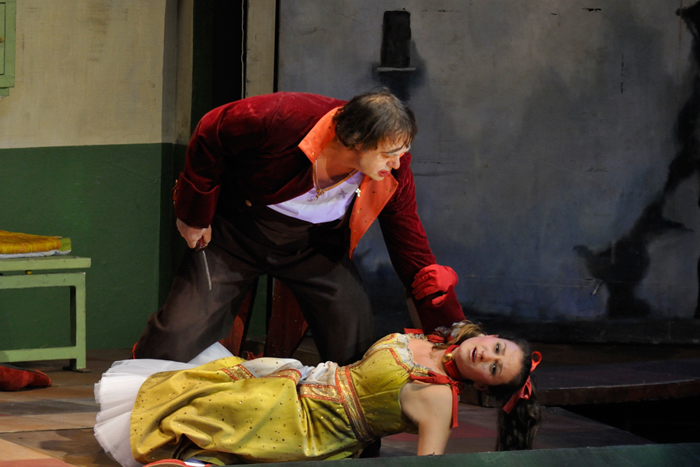 PROLOGUE
Before the curtain rises Tonio appears dressed as a clown. He explains to the audience what they are about to see on stage. "Real are the tears and suffering that you are to see!" Tonio exclaims. "After all, an actor loves and hates just like everyone else, and a passionate heart beats beneath his clownish attire."

ACT I
The drama begins. A company of travelling comedians arrives in a small Italian village. The villagers joyfully greet Canio, the leader of the company, his actress wife Nedda, Tonio the clown and Beppe the actor. The performance will be in the evening, so one of the villagers suggests the comedians pass their time in the tavern. Canio and Beppe agree readily and ask Tonio to go too, but he declines. He is nursing a grievance against the company´s jealous leader for offending him. Canio´s jealousy is justified. In the village that they have come to Nedda has a lover – the young peasant Silvio. Left alone, Nedda dreams of meeting him. Having sneaked up unnoticed, Tonio declares his love for her. Nedda responds to the hideous clown´s declarations with derisive laughter, cooling his passions with a lash of a whip. Impotent with rage Tonio leaves, threatening revenge. Meanwhile, despite the danger, Silvio appears, sincerely and lovingly devoted to Nedda. He implores her to abandon her life on the road and run away with him. Suddenly the wrathful voice of the company´s leader is heard, Canio having rushed back to call for the offended clown. Silvio, however, manages to flee unrecognised. Canio insists that Nedda name her lover, but to no avail. Then he leaps at her with a knife. Beppe pulls Canio off and Tonio calms him, saying that the fugitive will return for the performance and there he will somehow give himself away. The show will begin soon…

ACT II
A merry crowd of villagers awaits the start of the entertainment. Tonio and Beppe show the audience to their seats; Silvio is among them. The plot being acted out is similar to the events in the actors´ own lives. Taddeo (Tonio) loves Colombina (Nedda), but she loves Arlecchino (Beppe). Pagliaccio (Canio) interrupts their rendezvous.
Colombina´s words of farewell to Arlecchino shock Canio – they are the same words Nedda spoke to her lover as he left. His jealousy flares up once more and in a fit of fury he stabs Nedda to death and then Silvio, who leaps onto the stage on hearing his lover´s dying scream.
"La commedia è finita!" exclaims Tonio.