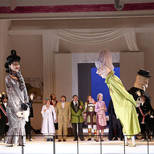 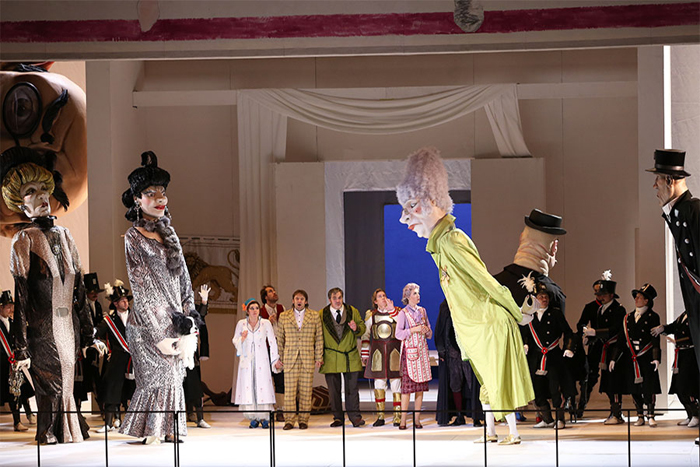 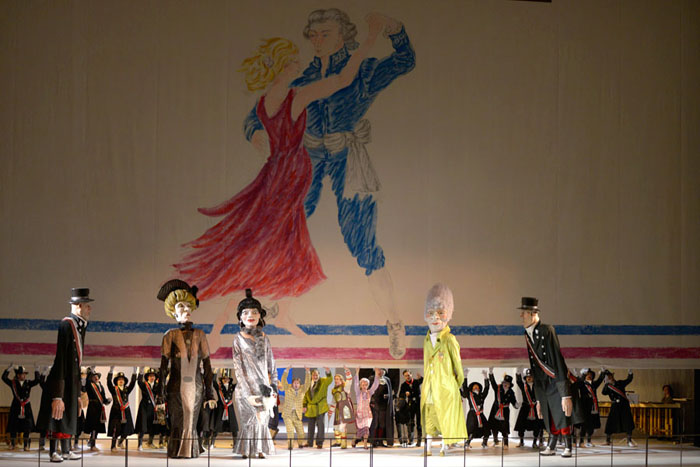 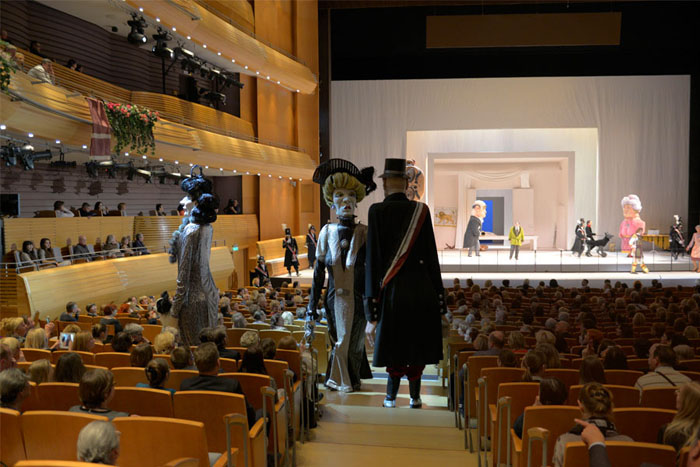 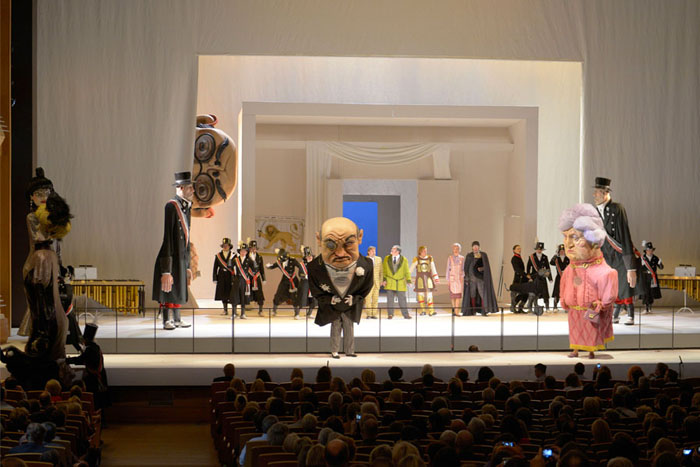 Act I
Scene 1
A square in Seville early in the morning. In front of Dr Bartolo’s house Count Almaviva and a group of musicians are serenading the Count’s beloved Rosina. Rosina, however, does not appear – she is under the strict supervision of her guardian who himself dreams of marrying his ward and taking possession of her dowry. The barber Figaro appears, an old acquaintance of the Count. On discovering that Almaviva is in love with Rosina, the barber resolves to offer his assistance – after all, Figaro is a welcome guest at Bartolo’s house where he is a barber, doctor and even a botanist. Rosina finally succeeds in throwing a note to the Count from her balcony. Almaviva does not wish to reveal his noble standing, and Figaro advises him to claim he is a student called Lindoro. He then suggests the Count pretend to be a drunken soldier and demand lodgings in Bartolo’s house.

Scene 2
A room in Bartolo’s house. Rosina is dreaming of Lindoro. Don Basilio, who is teaching Rosina a song, on discovering the fervent emotions of Count Almaviva resolves to warn Dr Bartolo and advises him to slander his rival in front of Rosina and society at large. The appearance of a drunken soldier (Almaviva in disguise) enrages Bartolo. The doctor sees that the “soldier” is trying to pass a note to Rosina. Chaos ensues and soldiers rush in to restore order, but when the Count quietly mentions his name to the officer, the latter respectfully welcomes him among the general amazement.

Act II
Scene 1
Bartolo is sitting in his study. A young man appears and says his name is Don Alonso – he has come to give a music lesson to Rosina instead of Basilio who has fallen ill. Once again it is the Count in disguise. Rosina settles down to study with greater enthusiasm than usual. At the same time the “sham patient” arrives and Figaro again comes to assist – he gives Don Basilio a terrible diagnosis – “scarlatina!” and convinces him to return home and go to bed immediately. During the music lesson Bartolo begins to have his suspicions, before he finally discovers the truth and kicks everyone out. Berta the housekeeper talks of her master’s foolish love.

Scene 2
Bartolo, wishing to hasten on the marriage, sends for a notary. Rosina, whom he has convinced of Lindoro’s deceitfulness, has agreed to marry her guardian. Figaro appears unexpectedly with the Count, who now reveals his true identity. Rosina is thrilled and the lovers decide to elope. But their plans are almost thwarted by the appearance of Don Basilio with the notary, who has come to conclude the marriage contract between Bartolo and Rosina, but the doctor is not at home. Taking advantage of the circumstances, Count Almaviva bribes Basilio, and he agrees to be a witness to the marriage contract concluded by Count Almaviva and Rosina. The appearance of the reprobate Bartolo comes too late to spoil the lovers’ happiness. Moreover, the old man takes comfort in the fact that Almaviva refuses to accept Rosina’s dowry.