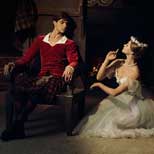 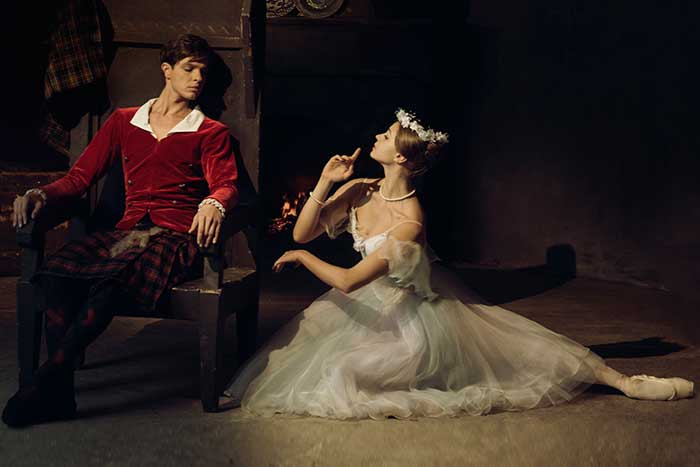 August Bournonville’s La Sylphide is returning to the Mikhailovsky Theatre repertoire. The Danish choreographer adapted the original 1832 French version, created for the great ballerina Marie Taglioni, who danced en pointe for the first time in this production. La Sylphide marked the beginning of the romantic era in ballet. The Danish Royal Ballet’s version is the one performed today. In this romantic masterpiece, the everyday life of a small Scottish village clashes with the fantastic world of the spirits of nature. James is enchanted by a beautiful maiden of the air, but he cannot even touch her. The young man’s attempt to embrace the sylph proves to be fatal to this spectral beauty.

James, Effie’s young finance, is sleeping in an armchair by the fireplace. Suddenly there appears a sylph, an airy spirit. She is fluttering around James and wakes him up with a kiss. James wants to catch the sylph, but she vanishes in the air. The young man cannot stop thinking of the fairy girl, he has just seen.

Madge, a witch, has come to the house to foretell the future of the young. She prophesies that James will not marry Effie. James makes the witch to leave the house, which she does, full of wishes to revenge. At the wedding party the sylph appears again, seen to nobody but James. She steals James’s wedding ring and vanishes again. James follows her, leaving Effie alone.

In the magic wood Madge is conjuring spells over the boiling pot. She is holding a scarf. Tired James has come to her: he cannot find the sylph. She comes and leaves again and again. Madge gives James a magic scarf that would help to captivate the sylph. When he finds her again, James puts the scarf around the sylph’s shoulders. The scarf is poisoned: her wings fall off, she is dying. Other sylphs carry her away. James is inconsolable.

He can see the wedding party: his fiancée Effie has just married Gurn...