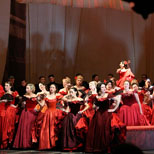 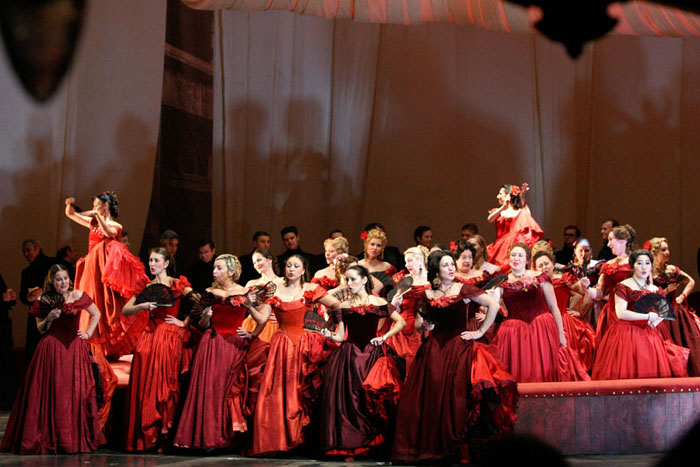 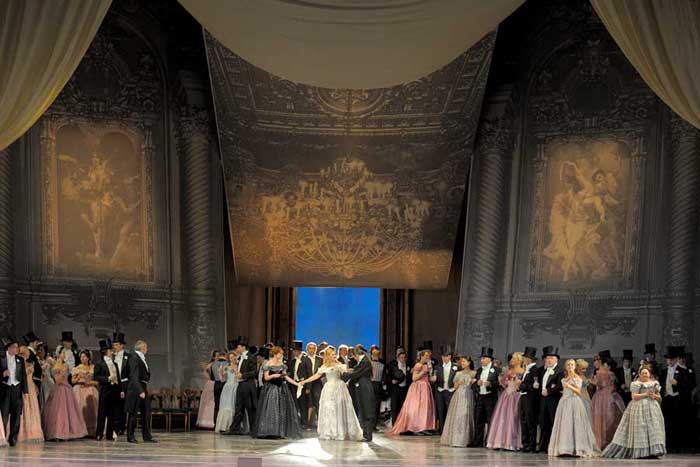 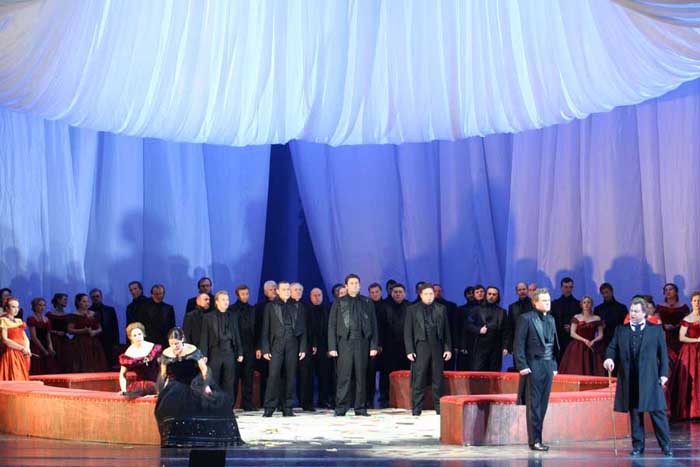 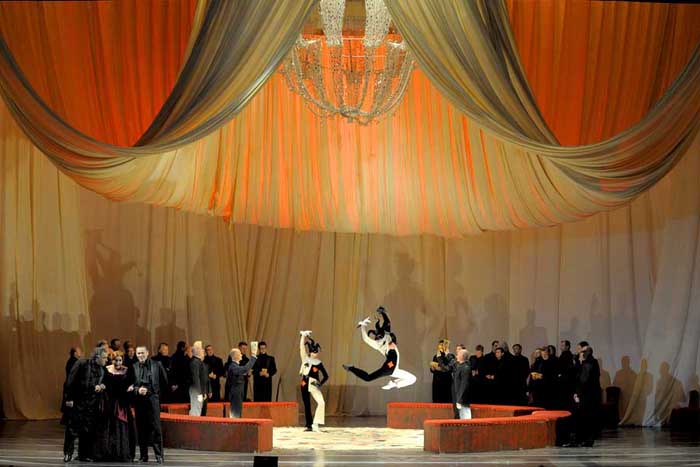 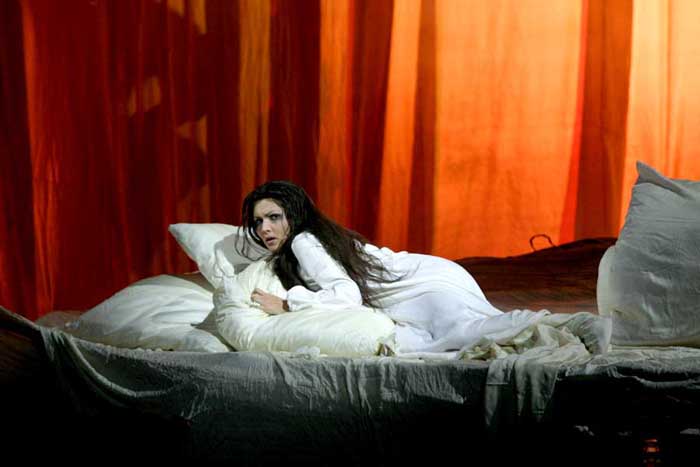 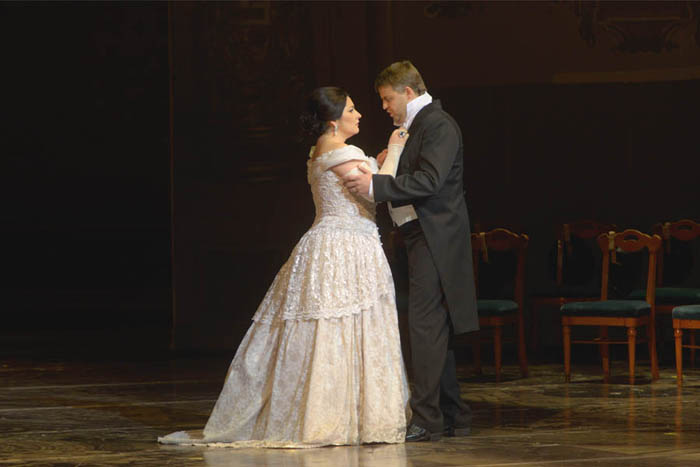 Act I
Paris. A party is underway at the home of Violetta Valéry, a well-known demimondaine. Violetta´s admirers are celebrating her return to health. Alfredo Germont is among the guests. He asks Gastone to introduce him as he is in love with her. At the request of the other guests, Alfredo sings a toast in her honour. As the others go to dance, Violetta is taken ill. She asks to be left alone. Alfredo, concerned that the woman he loves is ill, begs her to change her way of life and believe in his love. His love gives rise to Violetta´s hopes for happiness.

Act II
Scene I
A country house near Paris. Alfredo and Violetta live here in contentment. Annina, Violetta´s maid, confesses to Alfredo that her mistress is secretly selling her belongings. Tormented by his conscience, Alfredo leaves for Paris to deal with these financial affairs.
When she returns, Violetta cannot find Alfredo. Giuseppe the gardener gives her a letter from Flora. It is an invitation to a ball. Violetta lays it to one side in indifference – she will not attend.
Suddenly, Alfredo´s father Giorgio Germont appears. He accuses Violetta of ruining his son and soiling the family name. Violetta is in despair: she is mortally ill and has not long to live; her love for Alfredo is her only joy and comfort. Giorgio Germont is surprised at the sincerity of her emotions, but still insists that Violetta leaves his son. Violetta agrees and decides to sacrifice her own happiness.
Alfredo returns from Paris. He is surprised by Violetta´s perturbed manner. For the final time, she tells him of her undying love, then she leaves.
Alfredo is overjoyed. "Ah, this dear one lives only for my love!" he says of Violetta.
He is brought a letter; it is a letter of farewell from Violetta, in which she says she is returning to Baron Douphol. Alfredo is shocked.
Giorgio Germont enters. He asks his son to return home to Provence. Alfredo does not listen to his father and he is unable to comprehend Violetta´s actions. Suddenly he notices Flora´s invitation. He now knows where to find Violetta. He must leave for Paris immediately…
Scene II
The ball at Flora´s. Alfredo is gambling. Violetta enters with Baron Douphol. She is in torment from having abandoned the man she loves.
Alfredo attempts to raise a quarrel with the Baron.
The guests are called to dinner; Alfredo and Violetta are left alone. Alfredo insists that she returns to him, but she is unable to break her promise. Seized with envy, Alfredo calls the guests then throws his money before Violetta – his payment for her love.

Act III
Ravaged by sickness and anguish and abandoned by her friends, Violetta is slowly dying. She knows that the end is close. Violetta reads once again a letter from Giorgio Germont. He tells her that Alfredo is due to return and that he now knows everything – he will come to ask her forgiveness.
Excitedly, Annina informs Violetta that Alfredo has come. The lovers are together once more and there would appear to be no bounds to their happiness. They dream of leaving Paris forever and starting life anew.
But Violetta has no longer the strength to live. The hour of her death has come.