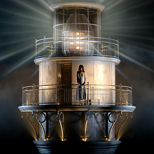 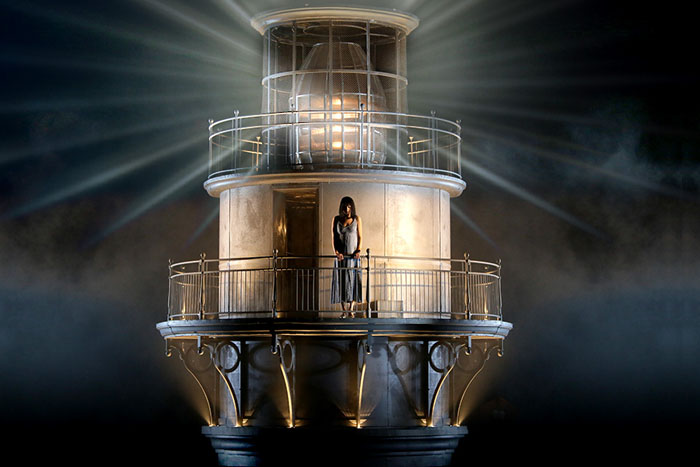 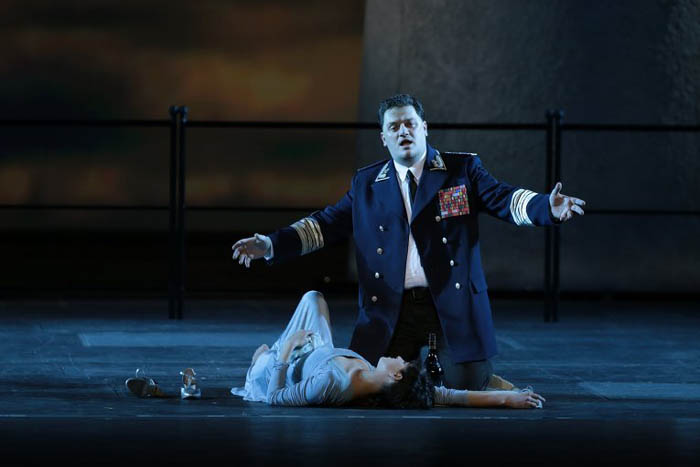 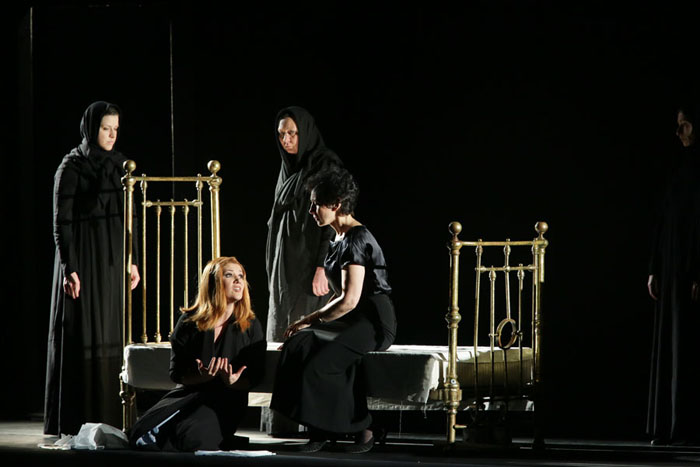 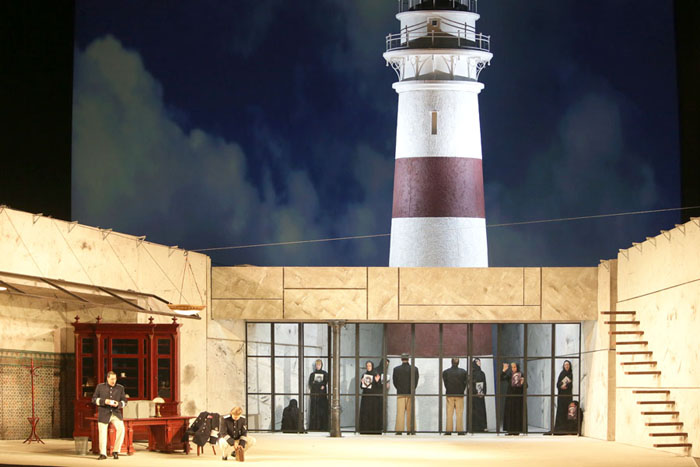 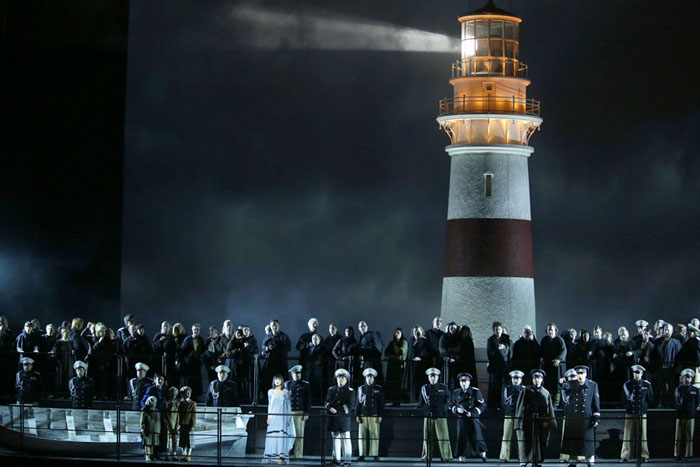 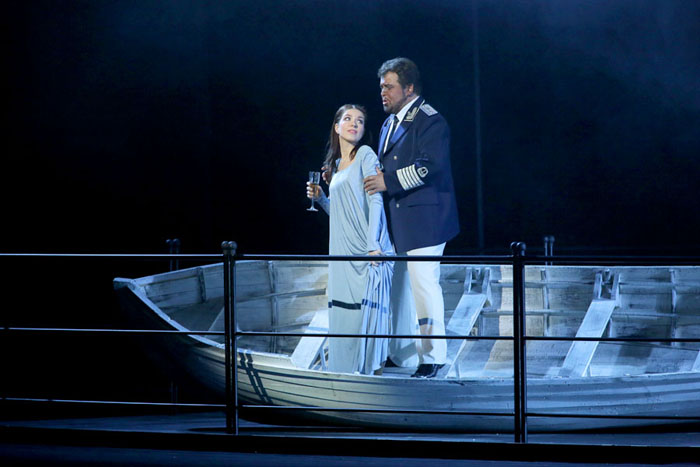 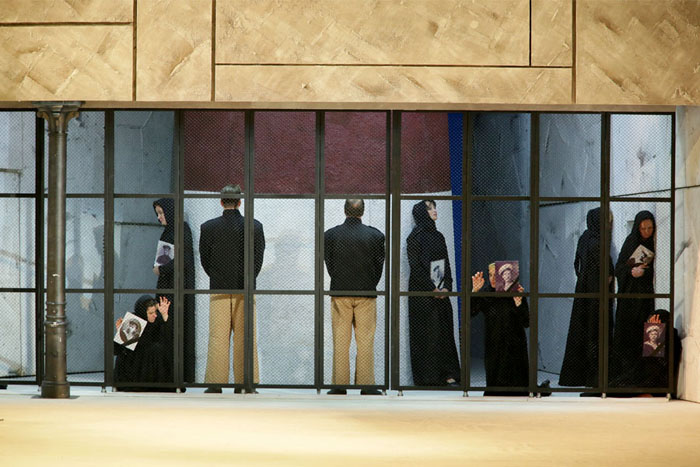 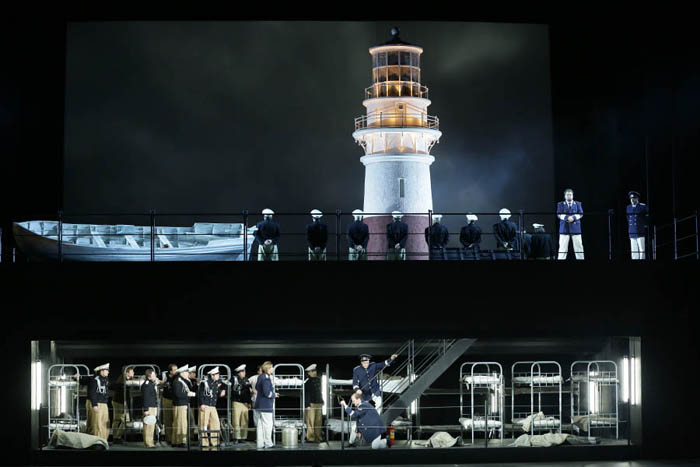 Act I
A harbour. Evening. The triumphant arrival of Otello, the new governor, is interrupted by a sudden storm. The tempest has already taken the lives of dozens of sailors and townspeople while the sea continues to throw corpses and wrecked ships onto the shore. The lighthouse ceases to function. The townspeople look for Otello among the bodies – few believe it possible to survive such stormy seas...
Suddenly Otello’s voice can be heard above the panicked crowd. The people greet him, delighted that he has survived. The storm abates and the lighthouse is lit anew. The first attempts are made to clear away the debris of the disaster. Those who have been drenched and shaken are given warm clothing, food and drink.
Iago, Otello’s comrade-in-arms and retainer, is among those overseeing the clearing-up process, though he is deeply envious of his patron. Iago cannot forgive Otello for appointing the young Cassio and not him to a high rank. In revenge, Iago plots to incite the Venetian Roderigo against Cassio, Roderigo being in love with Otello’s wife Desdemona. Iago convinces Roderigo that the handsome young Cassio is his rival.
Provoked by Iago, Roderigo quarrels with Cassio. In vain Montano, the island’s former governor, tries to pacify them – beside himself, Cassio beats him mercilessly.
Hearing raised voices, Otello comes from his residence, followed by Desdemona. Otello punishes Cassio for his crime, stripping him of his military rank, and tells Iago to restore order. Night. The deserted coastline. Alone at last, Otello and Desdemona tenderly recall the past, caught up in the delight of being together. Affairs of State, disasters and bloodshed all cease to exist when they are alone together.

Act II
Morning. Otello’s new study, as yet unusable following his arrival. Iago and Cassio bring in their superior’s belongings. Widows of sailors lost in the storm are waiting in the antechamber. Obsessed with his cunning plot, Iago assures Cassio that with Desdemona’s protection he can retrieve his lost honour and title: everyone knows that the new governor is hopelessly in love with his wife and will grant her every wish.
Desdemona herself appears: she is amused with Iago and his wife Emilia’s sons who are playing. As yet, her own marriage to Otello has not produced any children... Cassio approaches Desdemona and begins to speak. As if by chance, Iago draws Otello’s attention to them. Shamming anxiety he confidentially advises: “Temete, signor, la gelosia!”
Otello, though angry and disturbed, remains unshakable: Desdemona, whose beauty, grace and gentle nature are praised by the entire island, is incapable of adultery.
Desdemona turns to her husband, asking compassion for Cassio. Without realising it she thus aids Iago, fuelling Otello’s jealousy further. Not knowing the cause of his wrath, Desdemona wishes to cool her husband’s forehead with her handkerchief. Otello wrenches the cloth from his wife’s hands in fury and throws it on the floor. Emilia picks it up to give to her mistress but Iago seizes the handkerchief from his wife. It will be of use to him later...
Desdemona and Emilia leave. Otello alone is anxious – he both believes and disbelieves the tortuous suspicions that are tearing at his soul. Farewell to everything – love and happiness, glory and life! In anger Otello throws himself on Iago and swears to destroy him if he has defamed Desdemona. In a pretence of despair, Iago is ready to present proof – if he is forced to do so: once at night he heard Cassio say Desdemona’s name in his sleep and he has seen him with her handkerchief, a wedding present from Otello. Taking control of himself, Otello goes to the townspeople and relatives of those who died and makes an official speech to mark the day of mourning.

Act III
Daytime. The hall in the governor’s residence has been prepared to bid farewell to the sailors lost in the storm, and the event is to be attended by the various ambassadors in Venice. Otello is obsessed with the thought of his wife’s infidelity. Seeing Desdemona in the hall, Otello asks her to tie the handkerchief he gave her on their wedding day on his head. Unable to find the handkerchief and paying little attention to her husband’s request, Desdemona again begins to speak of Cassio. Otello is furious: he demands the handkerchief he gave her on their wedding day! In vain Desdemona assures him of her fidelity. Mad with jealousy, Otello drives her out.
Alone, he cannot reconcile himself with the idea that he could lose his love: everything he has done and believed in will collapse.
Iago continues to weave his web of deceit: now he intends to convince Otello of his complete devotion, advising him to hide and carefully observe all that happens. Then, having summoned Cassio, Iago enters into an ambiguous conversation, subtly juggling the names of two women – Desdemona and Bianca, Cassio’s beloved. Iago asks Cassio to show him the handkerchief that he himself has placed in his room. The serene Cassio admires the beautiful handkerchief... Convinced of his wife’s disloyalty, Otello decides that he will kill her himself. He orders Iago to obtain poison, but the latter advises him to strangle Desdemona in bed. Iago himself undertakes to deal with Cassio.
The ambassadors arrive at the grand funeral ceremony for the sailors. Lodovico, one of the ambassadors, informs Otello that he has a new position and Cassio will be his successor. On hearing this Otello is enraged: a man he hates appointed to such an exalted position! The presence of Desdemona and her kind words about Cassio intensify the blow. Rudely insulting Desdemona, Otello demands that the guests leave the hall and falls senseless.
The people on the square praise Otello, chanting “Behold the Lion of Venice!”

Act IV
Night. Otello and Desdemona’s bedchamber. In the morning man and wife are to leave the island. Desdemona is seized with dire premonitions. She sings an old, melancholy song about a poor girl who is abandoned by her lover and is transformed into a willow tree. In vain Emilia tries to comfort her mistress – despondent with gloomy thoughts, Desdemona bids her farewell and prays.
Otello appears. Unable to find the strength to carry out his plan, he attempts to make her admit to her sins – in vain Desdemona swears her innocence, in vain she begs for mercy. For the last time Otello takes his wife in his strong arms... Emilia runs in: Cassio has just killed Roderigo who attacked him, provoked by Iago. Otello admits murdering his wife. Hearing Emilia’s screams, people run in. Before all that have assembled she exposes Iago – it was he who took the handkerchief from her in order to defame Desdemona. Otello kills himself so he can share his wife’s fate...