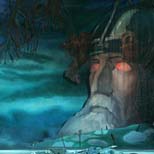 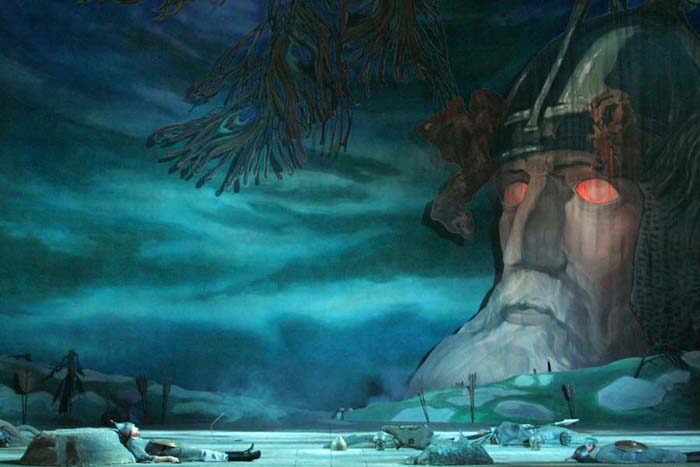 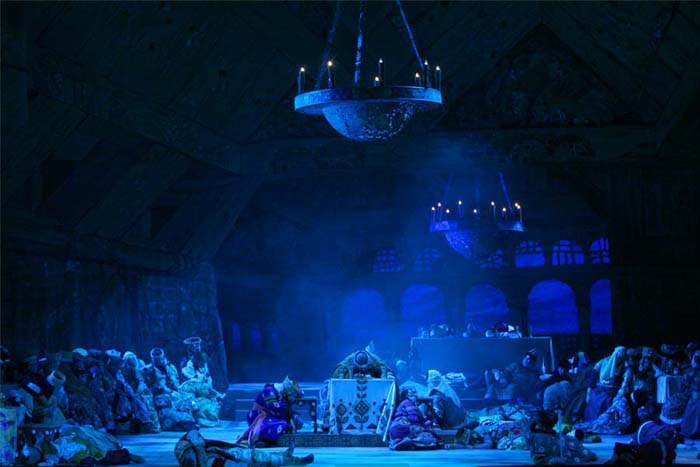 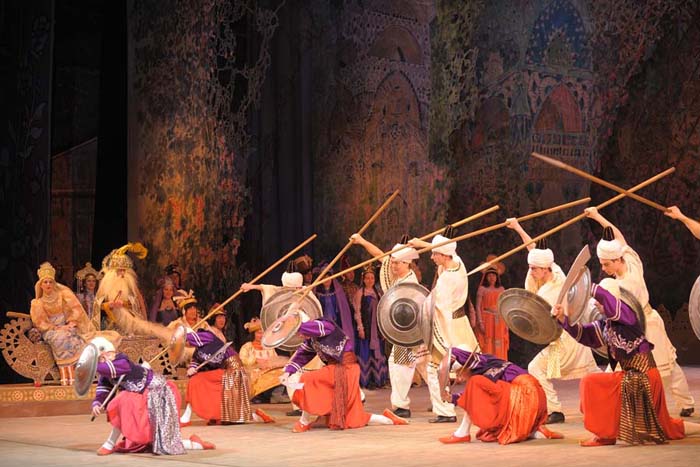 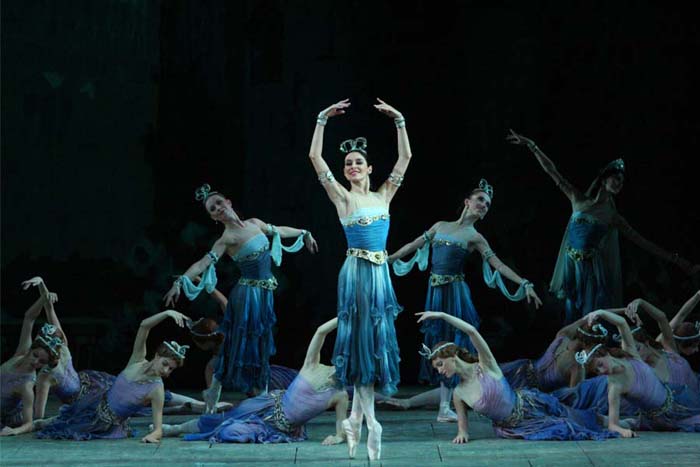 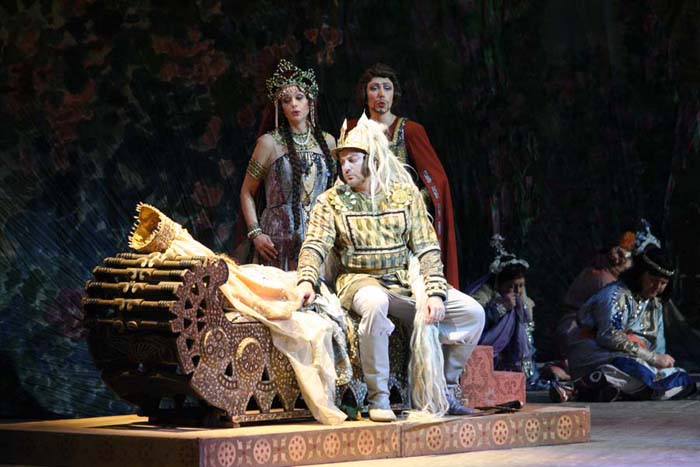 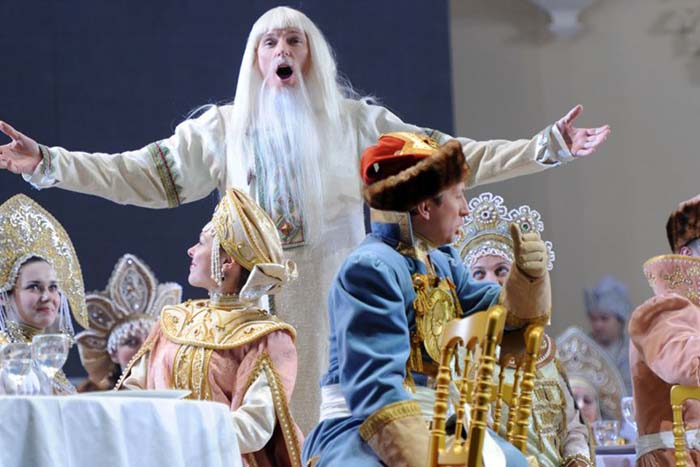 Act I
At the court of Svetozar, Prince of Kiev, celebrations are in progress before the marriage of his daughter, Lyudmila, to Ruslan, a warrior. The Bayan (a minstrel) sings of the trials in store for Ruslan, though he predicts the victory of true love. Nostalgically, Lyudmila bids farewell to her parent’s home, and consoles her unsuccessful suitors, the eastern prince Ratmir and the Varangian warrior Farlaf. Suddenly all darkens: when light is restored, Lyudmila has vanished.
Svetozar promises her hand and half his kingdom to the  one who rescues her.

Act II
In  his cave, Finn, a good magician, reveals to Ruslan that Lyudmila’s abductor is the dwarf Chernomor (whose strength lies in his enormously long beard) and warns Ruslan against the evil enchantress Naina. The scene changes to a deserted place where Naina instructs a very frightened Farlaf to wait at home; she will help him defeat Ruslan and gain Lyudmila. Finally on a deserted battlefield Ruslan reaffirms hisresolve, then defeats a gigantic head and draws a sword from beneath; the head explains he is Chernomor’s brother and one of his victims, and that the sword’s magic can defeat the dwarf.

Act III
In Naina’s enchanted palace her maidens are directing their allure at a travel-weary Ratmir, to the distress of his slave, Gorislava, who loves him.
Ruslan appears and is smitten with Gorislava, but Finn intervenes and breaks the seductive spell, uniting Ratmir and Gorislava, and all set out to rescue Lyudmila.

Act IV
Confined in  Chernomor’s enchanted garden, Lyudmila voices her despair and defiance, rejecting her captor’s blandishments. At Ruslan’s approach Chernomor casts a  spell over her and goes out to fight with Ruslan. Chernomor’s followers observe the offstage encounter, in which Ruslan catches hold of Chernomor’s beard, then cuts it off. Triumphantly he returns onstage with it, but is in despair when he finds Lyudmila in an enchanted sleep. He decides to take her back to Kiev.

Act V
Ratmir sings of his love for Gorislava. Farlaf abducts Lyudmila and speeds to Kiev.
Meanwhile Finn gives Ratmir a magic ring that will waken Lyudmila. In Kiev Farlaf cannot rouse her but when Ruslan arrives with Ratmir he breaks the spell with the aid of the ring. General rejoicing.