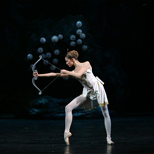 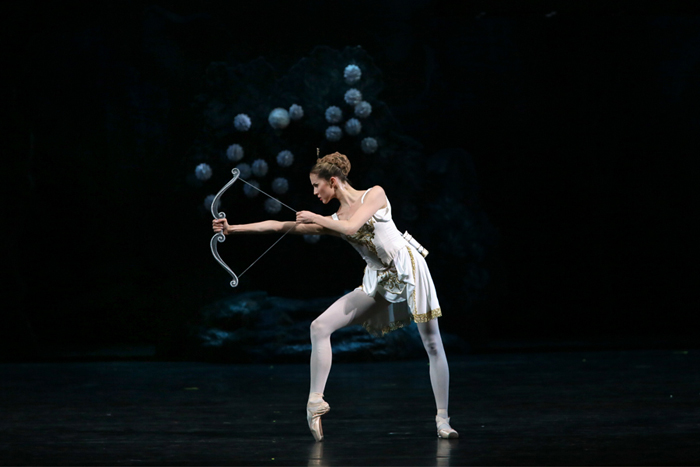 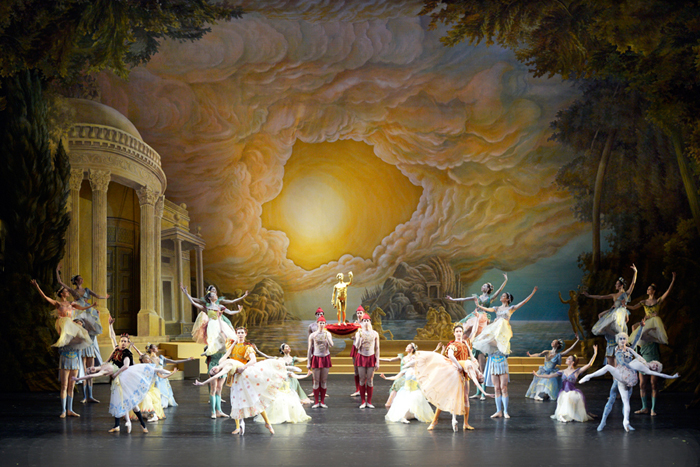 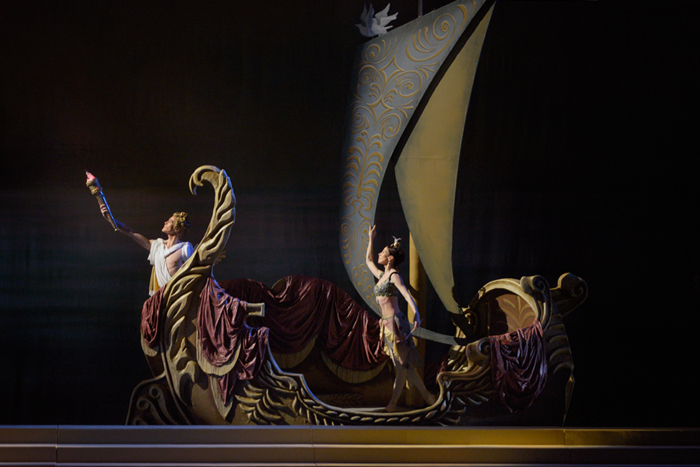 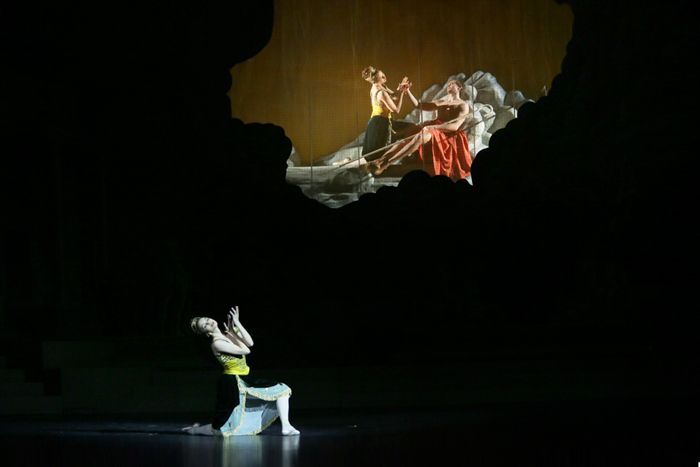 Act I
A sacred wood
Woodland creatures dance in the moonlight before the shrine of Eros, the god of Love. They are interrupted by the arrival of the shepherd Aminta, who is in love with Sylvia. Hearing Sylvia and her attendants approaching, Aminta hides and watches them dance as they celebrate the success of their hunt. Sylvia, who as one of Diana’s nymphs has promised to renounce love, taunts the statue of Eros. Meanwhile Orion, the evil hunter, has also been secretly watching Sylvia and, inflamed by her beauty, is determined to possess her.
Aminta’s cloak is discovered and the shepherd is dragged from his hiding place. He declares his love for Sylvia, but she is outraged and, blaming the mischievous Eros, draws her bow at the god. Aminta, shielding the statue, is pierced to the heart by Sylvia’s arrow. Eros retaliates by shooting Sylvia. Shaken, she removes the arrow from her heart and leaves with her companions.
Peasants, on their way to the fields, dance in honour of Eros. As they leave, Orion enters and gloats over the body of Aminta. He is interrupted by the return of Sylvia who, having been pierced to the heart by Eros’ arrow, now mourns the dead Aminta. Emerging from his hiding place, Orion captures Sylvia and carries her off to his island cave.
A peasant, having witnessed Sylvia’s abduction, calls his friends back and they too weep over Aminta’s body. A strange cloaked figure appears among them, and they ask for his help. He picks a flower from a nearby bush and, pressing the petals to Aminta’s lips, brings him back to life. Aminta thanks the stranger who then tells him of Sylvia’s abduction. As the peasants find her bow the stranger reveals himself as Eros and sends Aminta in search of Sylvia.

Act II
Orion’s island cave
Orion tries in vain to gain Sylvia’s affections by tempting her with jewels and fine clothes. She is reminded of her love for Aminta by Eros’ arrow, but as she attempts to escape, Orion takes it from her. He offers her wine. In order to evade his advances, she encourages him to drink and dances for him until he falls senseless. She retrieves the arrow and prays to Eros for help. The god appears, shows Sylvia a vision of Aminta waiting for her by Diana’s temple, then takes her to be reunited with him.

Act III
The sea coast near the temple of Diana
A festival in honour of the god Bacchus is interrupted by the arrival of Aminta in search of Sylvia. He hopes to find her in Diana’s temple but is met by closed doors. He sees a boat approaching with Eros, Sylvia and her attendants on board, and Eros reunites the lovers.
The general rejoicing is interrupted by Orion, determined to recapture Sylvia. She takes refuge in the temple and, after a fight with Aminta, Orion tries to break in. Enraged by the intrusion, Diana appears and kills him. Her anger is now directed at the lovers and she forbids their union. Eros reminds Diana that she herself was once infatuated with a simple shepherd, Endymion. She relents and gives the lovers her blessing.