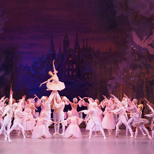 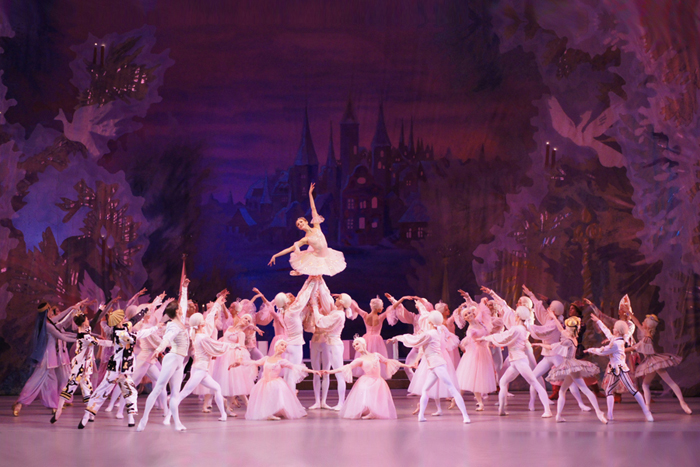 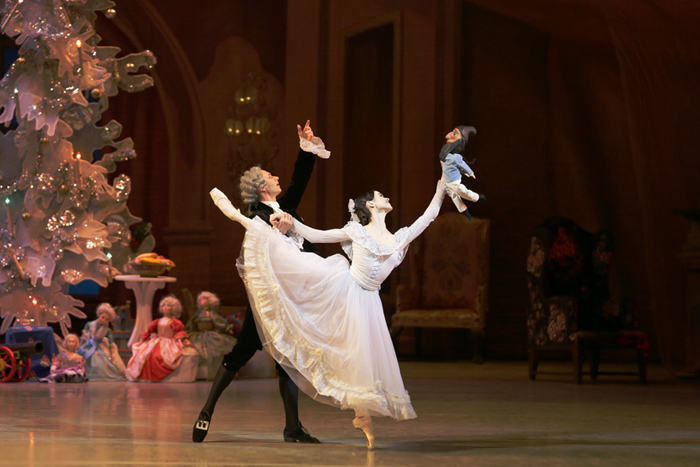 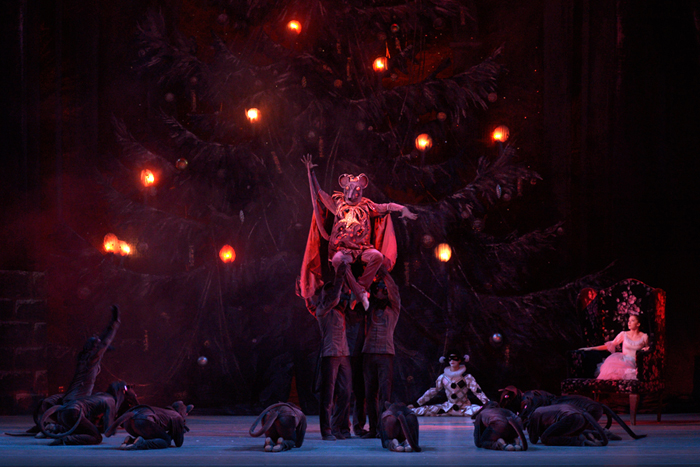 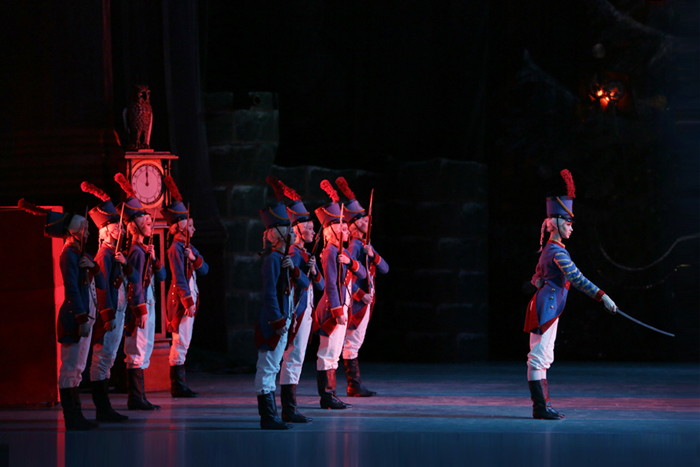 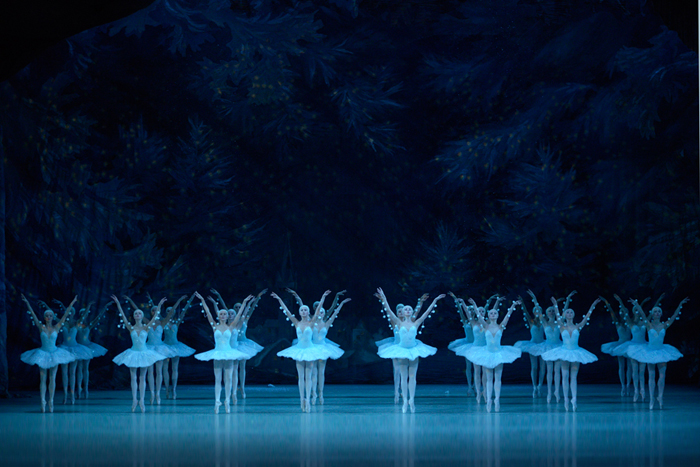 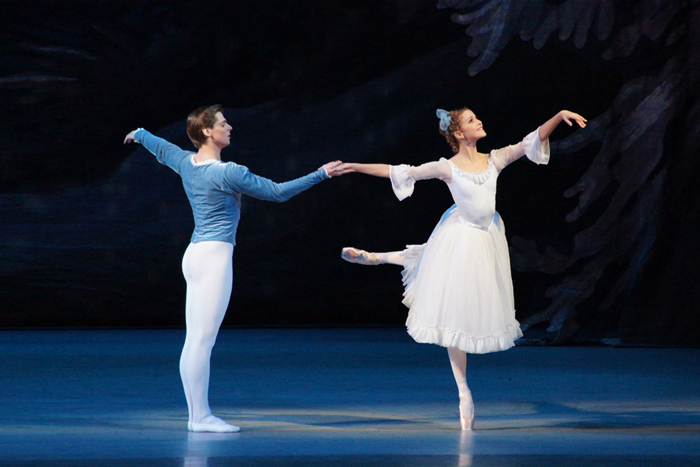 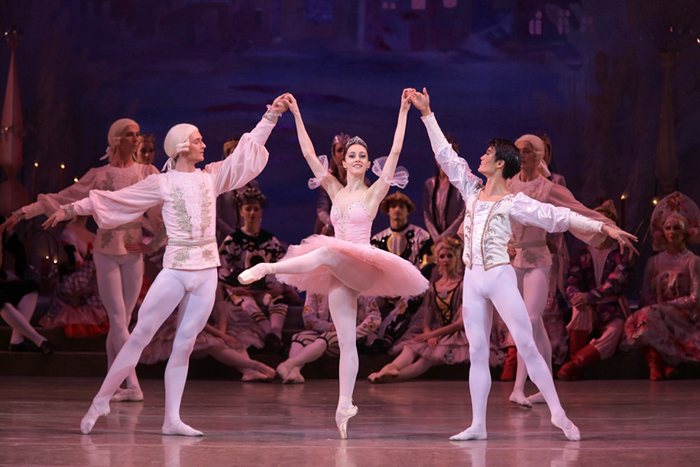 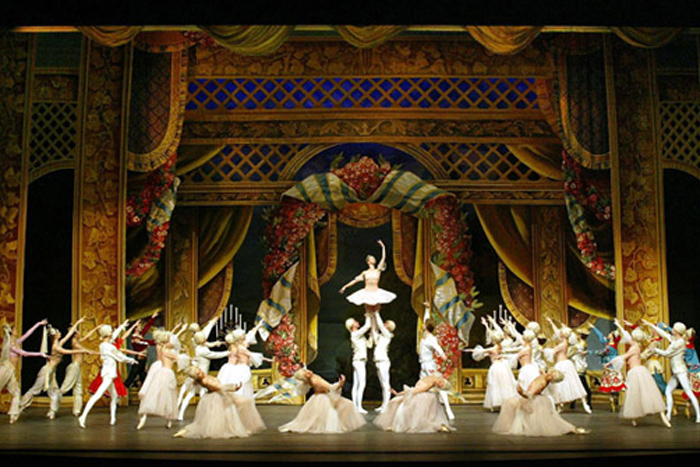 Music by Pyotr Tchaikovsky
Libretto by Marius Petipa based on the story by E.T.A. Hoffmann
Choreography by Vasily Vainonen (1934)
Set Designer: Simon Virsaladze (1954)

Act I
The action takes place in an old German town at the start of the last century but one. Night is falling. It is Christmas Eve and the streets are busy and festive. Drosselmeyer, an eccentric inventor and toy maker loved by children, is among those invited to see the Christmas tree at the large, brightly lit house of Herr Stahlbaum.The drawing room in Herr Stahlbaum’s house is beautifully decorated. The guests assemble. Drosselmeyer enters carrying presents.The party is ready to start. The children rush in. There is a game of blind man’s buff and Drosselmeyer takes part. He is blindfolded. Masha, Herr Stahlbaum’s young daughter, is the first to be caught. After the games, there is dancing. Now dressed as a magician, Drosselmeyer does magic tricks and puts on a puppet show – The Mouse King Wishes to Kidnap the Princess, but the Courageous Nutcracker Kills the Mouse King and Saves the Princess. Drosselmeyer’s ideas seem inexhaustible. He makes clockwork toys including a clown, a doll and a blackamoor dance for the children. The Nutcracker, however, is Masha’s favourite.Franz takes the Nutcracker from Masha and the head comes off in his hands. Drosselmeyer quickly mends the Nutcracker. Masha cuddles and comforts her damaged favourite. It is late and the guests must depart. The party comes to an end with some dances. Masha says goodnight to the Nutcracker and the candles on the tree are extinguished. Masha’s nanny takes her to bed.

Act II
Masha goes to bed and falls asleep. She dreams that mice have taken over the drawing room. They are headed by the Mouse King. The Nutcracker leads the tin soldiers in the attack. Masha follows him. Overcoming her fear, she throws her slipper at the Mouse King at a decisive point in the battle, thus saving the Nutcracker. The Mouse King has been defeated and disappears together with his troops. Drosselmeyer turns Masha and the Nutcracker into a beautiful Prince and Princess. They are caught up in a blizzard and their journey to a fairytale land begins.

Epilogue
Masha is asleep in bed. It will soon be morning. Her magical dream is over. Masha awakes.