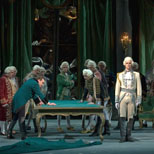 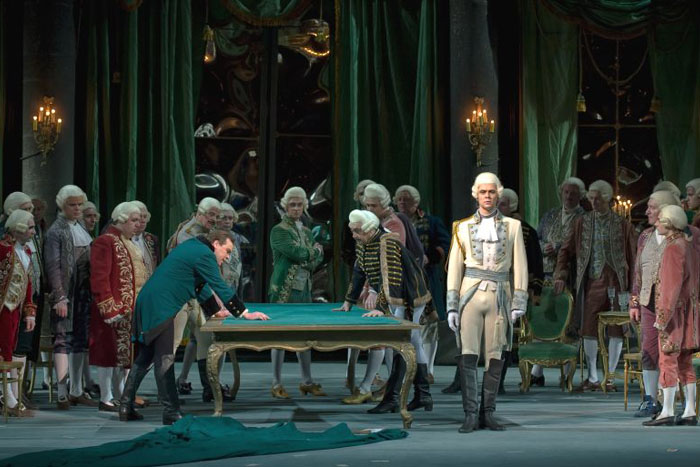 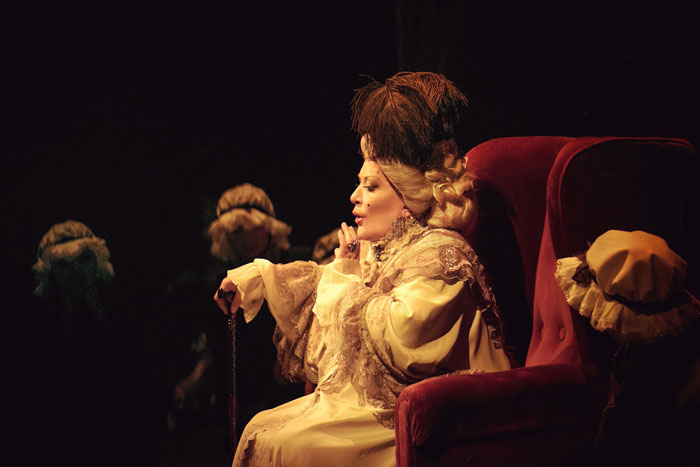 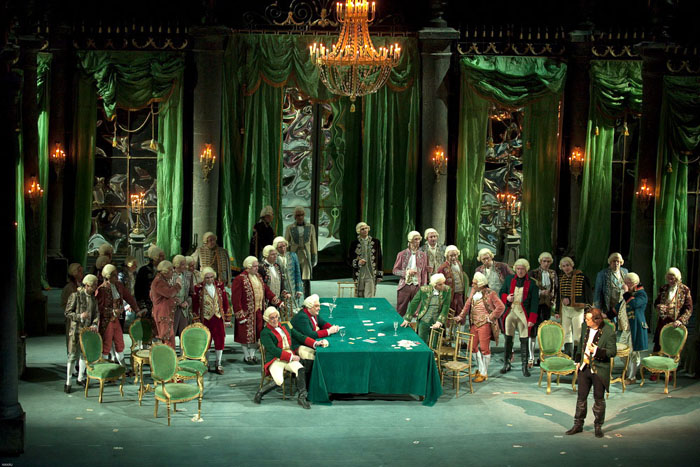 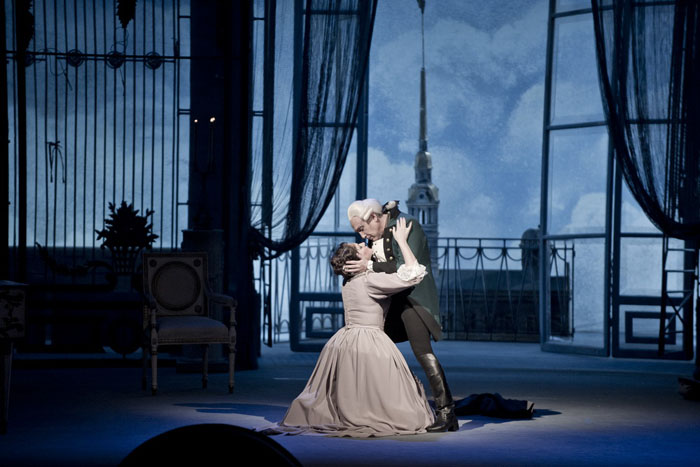 One of the most popular operas by Pyotr Tchaikovsky, The Queen of Spades, was composed in a very short period of time and became a unique masterpiece reflecting its author’s preoccupation. Tchaikovsky accepted the commission to write an opera based on the short story by Alexander Pushkin in 1889.

Herman, a poor officer, is desperately in love with Lisa, a heiress to the rich old Countess. One day he learns that the Countess knows the secret of the three winning cards. Herman becomes obsessed with obtaining the secret. He tries to find out the secret, however, the old lady dies of fright. The loss of hope drives Herman mad. Soon the ghost of the Countess appears and names the secret three cards: Three, Seven, Ace. The madman rushes to the casino. Passion overcomes reason: “What’s our life? A game!” The only gain of the miserable lover is death.

The production of The Queen of Spades at the Mikhailovsky Theatre is one of the best ones in St Petersburg.

Summer gardens in St Petersburg. It’s early spring. People are strolling in the alleys. Everybody is happy with the first sunny day. Herman is gloomy. He is desperately in love but his beloved one is a noble lady and she can’t get married to a poor officer.
Prince Yeletsky announces his soon wedding: he’s marrying the granddaughter of the old countess. He introduces Lisa to his friends. Herman is in despair: prince’s fiancée is the object of his passion.
Tomsky tells a fantastic story of the countess who learned the secret of three winning cards. Herman’s friends mockingly suggest that he find out the countess’s secret at cards. Thunderstorm begins... Herman swears that while he is alive, he will never let the prince marry his beloved girl.

Lisa’s bedroom. Her friends celebrate Lisa’s engagement. At last Lisa is alone. All her thoughts are about a mysterious stranger.
Suddenly Herman appears. Lisa listens to his confessions passionately. Sudden appearance of the countess interrupts the date. Herman remembers the Tomsky’s story. Now Herman wants to live, to know the card secret from the countess, to be happy...

Countess’s bedroom. Herman looks at the portrait of the young countess obsessively. Hearing the steps he hides. The countess enters escorted by her toadeaters. The countess looks at her portrait and recalls her past days. She falls asleep in the armchair. Herman reveals himself begging her to reveal the secret of the three cards. The countess who has grown dumb with fright says nothing. Herman frightens her with a gun — and the frightened old woman falls dead. All his hopes are lost all, he goes nearly mad.

Barracks at night. Herman rereads Lisa’s request about a meeting. His imagination draws him pictures of the countess’s death and funeral. He sees her ghost and she tells him the secret of the three cards: «The three, the seven, the ace!»

Lisa is waiting for Herman at the embankment. It’s midnight already. Herman appears. Lisa is terrified to hear all his mad ideas, she tries to invoke his mind — all in vain. Possessed with the idea of using the secret of the three cards, Herman pushes Lisa away and leaves for the gambling house. Lisa decides to commit suicide.

The players are gambling in the casino. Suddenly Herman enters and to everybody’s surprise wins two large stakes betting on the three and the seven. Drunk with his luck Herman bets all his money on the ace. But instead of the expected ace he sees the queen of spades. He can define the features of the dead countess on the card; her smile seems to be mocking at him. Growing mad Herman decides to commit suicide. He sees a ghost of Lisa and dies saying her name.